You are here: Home1 / Mechanical Engineering

Leaders in Law endorses Nils T. F. Schmid as our exclusively recommended Mechanical Engineering expert in Germany. If you wish to get in touch with Nils, please use the contact information provided above. 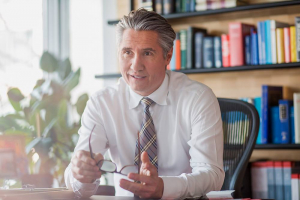 Nils T.F. Schmid specializes in traditional mechanical engineering, his particular interest being in the areas of motor vehicles, tool engineering, process engineering, textile technologies, and medical technology. For his clients, especially medium-sized companies in Germany/Europe and Asian and American big corporations, he develops both German and global patent strategies and sees to their implementation with regard to the building up and management of patent and design patent portfolios.

Other key areas of his work include infringement and nullity disputes regarding patents, utility models, and designs, and the establishment and counseling of in house IP departments, including advising on employee inventor law.

Nils T. F. Schmid studied mechanical engineering at the Technical University of Karlsruhe and at the California Institute of Technology (CALTECH) with an emphasis on materials science and technical mechanics. He qualified as an engineer in 1997. At the same time, he acquired a Diplôme d’Études Approfondies (DEA) at the École Nationale Supérieure d’Arts et Métiers (ENSAM) in Paris in the area of development and manufacturing of motor vehicle bodies. In 1997, Nils T. F. Schmid started his studies to become patent attorney. Since 2001, Nils T. F. Schmid is working for BOEHMERT & BOEHMERT as a German patent attorney and European patent and trade mark attorney. Further, he is the location representative at the Paris office of BOEHMERT & BOEHMERT. 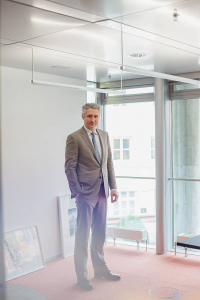 Nils T. F. Schmid lectures at the Université de Strasbourg (CEIPI seminars), preparing candidates for the admission examination to qualify as a European patent attorney (EQE) (European Qualifying Examination). In addition, he regularly holds further education seminars for the European Patent Academy of the EPO to prepare examiners for the EQE.

In addition, he is a member of the “Innovations” Committee of the (BWA) (Federal Association for Economic Development and Bundesverband für Wirtschaftsförderung und Außenwirtschaft Foreign Trade).

BOEHMERT & BOEHMERT represents its clients before the German Patent and Trade Mark Office, German and European courts, the European Patent Office, the European Union Intellectual Property Office (EUIPO) and the World Intellectual Property Organization (WIPO). In addition to its six offices in Germany, our law firm maintains international offices in Alicante, Paris, and Shanghai. The global network of our offices and the close collaboration with selected partner firms throughout the world guarantees unrivalled quality and efficiency.

The special strength of BOEHMERT & BOEHMERT lies in the close cooperation of our interdisciplinary teams of attorneys and patent attorneys. Due to the exceptional combination of natural scientists, engineers and lawyers, we are able to develop customised, creative, and practical solutions that meet our clients’ requirements. We put together a special team for each of our clients, which can, if necessary, be quickly augmented and always adapted to changing circumstances.

When it comes to registering of patents and trade marks, BOEHMERT & BOEHMERT is one of the leading law firms, both in Germany and the rest of Europe. Consequently, our attorneys have the experience that is necessary to efficiently bring the complex procedures to their completion in a timely manner.

For more than 80 years, our firm has been representing the interests of its clients both with regard to the registration of property rights and in legal disputes. BOEHMERT & BOEHMERT is proud of this tradition, and uses the acquired know-how to the benefit of its clients.

Dr. Karl Boehmert started his patent law firm in Berlin in the early 1930s. Due to damages the building had suffered during the war, the firm had to move and Karl Boehmert decided to relocate to his home town Bremen.

Karl recruited his brother Albert Boehmert, who gave up the career he had built for himself in the United States and joined his brother. One could say that this is when BOEHMERT & BOEHMERT was born, but the firm was not using this name yet, and the offices were managed by Karl as the helmsman.

In the years that followed, the law firm did well and increasingly began specialising also in trade mark law. In addition to its mostly mid-sized German clients, the firm started to represent some international clients as well, mostly from the United States. Patents and trade marks were two of the mainstays of its work. In 1972, the successors of the Boehmert brothers took the plunge: patent attorneys and attorneys at law teamed up, forming a mixed law firm with equal partners – a first in the Federal Republic of Germany – which today bears the name of BOEHMERT & BOEHMERT.

Since the late 1970s, the law firm has been experiencing continued growth. New employees and partners have made it possible to handle increasingly complex legal issues even in new and expanding legal, technological, and scientific areas.

BOEHMERT & BOEHMERT evolves into an internationally acting and globally recognised law firm in the 1990s. Due to its legal expertise, its broad technical spectrum, and its recognised professional competency in all areas of intellectual property, and due to the cooperation of attorneys and patent attorneys, it is able to provide any and all services related to IP.

Geographic expansion and the opening of new locations attest to the firm’s continuous growth and its aim to be close to its clients. The latest extension of a location happened in Düsseldorf in 2016. The significantly larger and more prestigious offices clearly demonstrate the significant expansion both in the patent and the legal arena.