You are here: Home1 / News – Leaders in Law2 / US Election3 / President-elect Trump tasks Morgan Lewis with untangling his conflicts...

Morgan Lewis & Bockius has been instructed by US President-elect Donald Trump to untangle the conflicts of interest relating to his business interests and impending presidency. 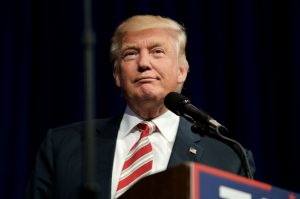 In a press conference this afternoon (11 January), Morgan Lewis & Bockius partner Sheri Dillon, whose practice focuses on federal tax controversy, said that the firm had been instructed to “design a structure for his business empire that would completely isolate him from the management of the company”.

“President-elect Trump wants the American public to rest assured that all of his efforts are directed to pursuing the people’s business and not his own,” she said.

“Together [Trump’s sons] Eric and Alan have the authority to manage the Trump organisation and will make decisions for the duration of the presidency without any involvement whatsoever by President-elect Trump.”

Dillon claimed that Trump is “completely isolating himself from his business interests”.

She said: “He instructed us to take all steps realistically possible to make it clear that he is not exploiting the office of the presidency for his personal benefit.”

In the same press conference before handing over to Dillon, Trump said: “I could actually run my business and run government at the same time. I don’t like the way that looks, but I would be able to do that if I wanted to.”

Morgan Lewis partner Fred Fielding, who served as counsel to Presidents Ronald Reagan and George W. Bush, was named as a critical part of this process.

It is understood that Trump’s son in law Jared Kushner, who was named senior adviser to the president, instructed WilmerHale to advise on his own conflicts of interest.

Morgan Lewis partner Dillon contributed $1,500 to the Clinton campaign in 2007, according to political funding website OpenSecrets.