You are here: Home1 / News – Leaders in Law2 / Linklaters

Magic circle player Linklaters has elected its first female senior partner. Aedamar Comiskey, who currently serves as the firm’s global head of corporate, will begin a five-year term from 1 July 2021.

Aedamar Comiskey studied a bachelor of civil law at University College Dublin before joining Links as a trainee in the early 90s. Rising through the ranks to make partner in 2001, Comiskey is one of the country’s leading public and private M&A lawyers, with a client list boasting the likes of HSBC, Visa Europe, G4S and Unilever.

“I am hugely proud to have been elected the firm’s first female senior partner. It is an honour and a privilege. Thank you to my colleagues for their trust and confidence in me — I intend to deliver on the vision set out in my manifesto.”

She added: “I want Linklaters to stand out as the law firm with the best minds in the business from truly diverse backgrounds, contributing different perspectives to solve the complex challenges facing business and society today. And as we launch out of lockdown, our focus will be on fostering drive, ambition and creativity from our high-performing teams across the world, to deliver outstanding results for our world-class clients.”

The UK firm has joined a growing list of organisations allowing staff to divide their time between home and the office.

Freshfields Bruckhaus Deringer has become the latest magic circle firm to allow lawyers and staff to work remotely for up to half of their time on the clock.

Announced on Monday, the firm’s new agile working policy will allow Freshfields lawyers – including trainees – and business professionals to spend up to 50% of their hours working from home on the condition that their arrangements take account of client and business commitments.

Freshfields said the policy is an “interim approach” and that staff preferences may change once offices reopen.

Olivia Balson, director of Freshfields’ Global Centre in Manchester, stressed the Centre’s importance to the connection and development of staff at the firm. “At the same time, we strongly believe in the value of a balance between remote and office-based working,” she said.

Freshfields is the latest in a swathe of law firms granting staff the ability to work from home as they feel appropriate. Taylor Wessing moved to adopt a “hybrid” work model in November, while Dentons, Slater & Gordon and other firms closed several offices in a shift towards remote working.

Staff at Linklaters and Norton Rose Fulbright have also been allowed to conduct 50% of their work from home under new rules. Other firms, like Cushman & Wakefield, have not been so quick to shift away from the office environment.

“One of the huge problems in the real estate industry is that people will over-simplify how they use their real estate going forward,” said C&W partner James Campbell at a Professional Practices Alliance webinar. “The reality is in 12 or 24 months’ time, when we get to the new normal, they will say ‘actually we probably needed more space.”

There was an in-house flavour to this week’s recruitment round, while Addleshaw Goddard, Davis Polk, Paul Hastings and Faegre Drinker Biddle & Reath all made key partner hires.

Linklaters has lost its partner and global US practice head Tom Shropshire (pictured), as he departs to take over the GC and company secretary position at multinational beverage company Diageo, recently vacated by the long-serving GC Powerlist member Siobhán Moriarty. Moriarty announced her intention to retire last September after more than 24 years of service.

Shropshire, who was tipped as a strong candidate in Linklaters’ upcoming senior partner election, has been a partner at the firm since 2006, advising on heavyweight M&A deals such as the £46bn takeover of Shire by Takeda in a landmark 2018 pharmaceutical buyout .

Diageo chief executive Ivan Menezes said of Shropshire: ‘His leadership and wealth of experience in corporate advisory, M&A and capital markets, along with his passion and advocacy for sustainability, inclusion and diversity, will make him a great asset for our executive team and board.’

She said: ‘My in-house experience will enable me to bring a different perspective and unique understanding of the legal, compliance and regulatory challenges faced by the accountancy profession today.’

Continuing the in-house theme,  DWF has appointed a new GC and company secretary in the form of Darren Drabble, who joins from Radius Payment Solutions where he was group legal director and company secretary. Drabble is a seasoned in-house lawyer, having also spent 12 years as GC of moneysupermarket.com between 2007 and 2019. He will become a member of DWF’s executive board, tasked with providing senior management with strategic legal advice.

Drabble described DWF as ‘one of the most innovative and forward thinking legal businesses in the world’ and said ‘I look forward to supporting DWF as it progresses to the next phase of its development.’

Elsewhere, Paul Hastings has pulled off a senior disputes hire for its City office with the appointment of Alex Leitch as a partner from Covington, where he was co-chair of the London disputes group. Leitch’s hire follows the arrival of white collar partners Jonathan Pickworth and Jo Dimmock from White & Case last month.

Internationally, New York-bred Davis Polk has made a significant capital markets hire in Beijing, appointing Jason Xu as a partner. Xu was previously a partner and deputy head of Freshfields Bruckhaus Deringer’s equity capital markets practice in China, and his practice focuses on Hong Kong IPOs as well as domestic and cross-border M&A.

Neil Barr, Davis Polk’s managing partner, commented: ‘Demand for elite Hong Kong law advice continues to grow, and Jason adds important bench strength that will further enable us to deliver the highest level of service to our clients in the region.’

Finally, Faegre Drinker has expanded on both the east and west coasts of the US after hiring restructuring partners Richard Bernard and Scott Gautier to its New York and Los Angeles offices respectively. Bernard arrives from Foley & Lardner while Gautier joins from litigation specialist Robins Kaplan.

A top magic circle partner is making the switch from a life in law to one in investment banking.

Charlie Jacobs, the senior partner at magic circle firm Linklaters, is set to join global investment bank, JP Morgan. According to a statement by the mega-bank, Jacobs will assume the role of co-head of UK investment banking.

The somewhat unusual move to finance comes after South African-born Jacobs recently celebrated 30 years at the elite law firm. He made partner in 1999 and was elected to senior partner in 2016.

At JP Morgan, Jacobs will reportedly advise blue-chip UK companies on the challenges arising from a post-Brexit market and recovery from the COVID-19 crisis. The M&A specialist will reportedly take up his new banking gig later this summer.

“We can confirm that, once his term as senior partner ends, Charlie Jacobs will be taking on a new role as co-head of J.P. Morgan Cazenove’s U.K. investment banking operations. Whilst Charlie will not be starting at J.P. Morgan until later in the year, we look forward to staying in touch with him once he begins his new role.”

News of the move comes just a week after JP Morgan announced the appointment of City solicitor turned politician Chuka Umunna as its head of environmental, social and corporate governance (ESG) in c 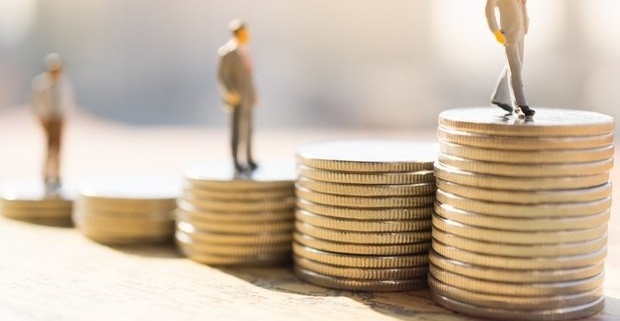 Linklaters has ended its COVID-19 salary freeze and Clifford Chance is set to follow suit next month, in the latest sign of an easing of pandemic measures across the industry.

Linklaters has launched an innovative platform aimed at helping tech entrepreneurs turn their small business into a company with the potential to grow. TechLinks, a new online resource, will offer a select number of small and start-up technology businesses access to key employment documents and resources from one of the leading magic circle firms, providing them with vital company guidance on how to legally protect and enhance their business when building a workforce.

TechLinks offers an interactive site where tech businesses can download employment contracts and other resources which are the essential building blocks of a secure and stable company. It will also provide insights and trends on the current market and a glossary of terms to make it accessible to those without a legal background.

“We have found that start-ups and small technology businesses have a need to protect the value in their business. Key questions need to be addressed at an early stage of their development, such as what happens if their key employees (often the founders) leave before the business gets to a sale or how to properly protect the business’ unique IP. This is also important when the business seeks investment, as investors will look to see if these protections are in place. We hope that TechLinks will help companies get the basics right from the start.”

Laurie Ollivent, Practice Development Lawyer at Linklaters, has been working alongside small and start-up technology businesses at WeWork. She said:

“By working alongside small tech businesses we have gained a real understanding of the issues these businesses face during the early stages of their development. We are able to bring together this insight with our longstanding experience of working with large, multinational tech companies to provide small and start up tech businesses with the guidance they need in the early stages to enable them to build their teams the right way from the start, attract and retain talent, avoid future disputes and appeal to investors.”