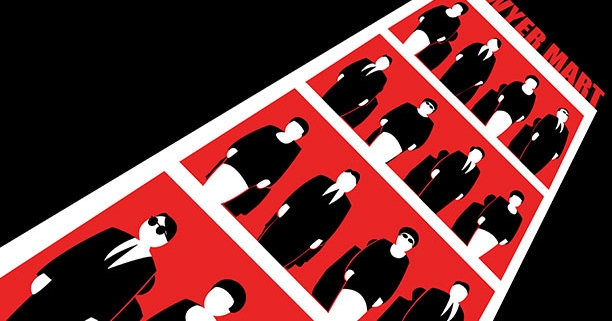 Firms have doubled down on their recruitment efforts in the new year as the likes of Bryan Cave Leighton Paisner (BCLP), K&L Gates, Mishcon de Reya, Morrison & Foerster and Keystone Law all made hires.

Listed-firm Keystone Law has greatly expanded its bench with the group hire of 11 senior lawyers, including seven lateral partners, from a host of firms. Nick Robertson and Clive Howard have joined as partners from Mayer Brown and Slater and Gordon respectively to build out the employment practice, while technology partner Daniel Tozer arrives from Harbottle & Lewis.

Commercial property partner Paula Abrahamian was hired from Fletcher Day, Mark Douglas arrives as a corporate and commercial partner from Hierons, Stephanie Thomas has been appointed as a dispute resolution partner from Bishop & Sewell and Hannah Cornish joins from Slater and Gordon, where she was national head of the family team.

Morrison & Foerster has continued the growth of its real estate practice in London with the hire of partner Ed Borrini from Jones Day, while Gibson Dunn has similarly bolstered its real estate finance team with the appointment of partner Robert Carr from Herbert Smith Freehills.

Burges Salmon, meanwhile, has made a lucrative in-house hire, appointing Martin Cook, the former general counsel and company secretary of payments at WorldRemit, as the firm’s head of fintech. Cook, who has also held in-house roles at Funding Circle, Wonga Group and Royal Mail said: ‘I am hugely excited to be joining Burges Salmon’s highly regarded funds and financial regulation team. With a focus on building the firm’s fintech practice, I am looking forward to working alongside the wide range of highly experienced lawyers at Burges Salmon.’

Elsewhere, Midlands-based Shakespeare Martineau has launched a new office in Lincoln with two lateral partner hires from local firm Wilkin Chapman. Litigation partner Jonathan Stork will join on 1 February, while corporate and commercial partner Michael Squirrell has already relocated, as Shakespeare Martineau strives to meet its growth mission of doubling in size by 2023.

Lewis Silkin has also been busy bolstering its UK practice, bringing in Geraint Tilsley and Antony Craggs as corporate and intellectual property partners respectively. While Craggs is a boost to Lewis Silkin’s London contentious IP department, Tilsley will oversee the expansion of the firm’s Cardiff corporate offering.

Giles Crown, joint managing partner of Lewis Silkin, said: ‘2020 was no doubt a challenging year, but we remain resilient and quietly confident about the future. As a firm, we are determined to keep bringing in new talent in order to provide the highest level of service to our clients in our chosen sectors and markets.’

On the international front, McDermott has boosted its international antitrust team with the appointment of Hendrik Viaene as a partner to its Brussels office. Viaene joins from the legal arm of accountancy firm Deloitte, where he led its global centre of expertise in competition and regulatory law. His experience includes over 18 years at leading Benelux firm Stibbe, where he specialised in European and Belgian antitrust law, including litigation.

In Paris, K&L Gates has reinforced its contentious practice with the hire of Barthélemy Cousin from Stephenson Harwood. Cousin, who led Stephenson Harwood’s dispute resolution practice in the region, focuses on international commercial disputes in the insurance, banking, transport and energy sectors.

Cousin’s hire is the latest in a string of additions for the firm, as K&L Gates welcomed more than 30 new partners and of counsel in 2020 in a broad range of contentious and non-contentious practice areas.

Finally, Squire Patton Boggs has added to its life sciences expertise in Frankfurt with the appointment of Rüdiger Herrmann as a partner. Herrmann is joined by director Jochen Eimer, both of whom join from McDermott.

K&L Gates has recruited a team of three partners specializing in an integrated funds and private equity practice.

Sook Young Yeu, Scott Peterman and William Ho all join from Orrick Herrington & Sutcliffe, which has decided to close its Hong Kong office. Yeu and Peterman, both funds specialists, were partners with Orrick while Ho, who advises on private equity transactions, was of counsel with the firm. The trio are joined by two associates at K&L Gates.

Yeu, who led Orrick’s Hong Kong office since joining in 2005 through Orrick’s takeover of legacy Coudert Brothers’ China offices where she had been practicing since 1989. She’s advised Asian investors on investing U.S. and other cross-border funds and on private equity investment. 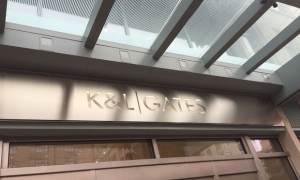 Peterman has an active fund formation practice advising the structuring of various private, investment and real estate funds. Last year, he advised Hong Kong-based fund manager Pacific Hawk Ltd. on launching the first open-ended fund in the city following legislative change. He joined Orrick in 2017 from Jones Day where he was of counsel. Before that, he was a partner with Sidley Austin.

Ho focuses his practice on advising private equity houses and companies on fund raising transactions, investments and mergers and acquisitions. In May, he advised Taiwan-based live streaming site operator M17 Entertainment Ltd. on a $26.5 million Series D from investors including Singapore-based venture capital fund Vertex Growth Fund. Ho joined Orrick in 2018 from Paul, Weiss, Rifkind, Wharton & Garrison where he was an associate for three years. Earlier in his career, he trained and practiced with Slaughter and May.

The trio bring in-depth industry experience in the technology, media, telecommunications, and fintech sectors, said David Tang, K&L Gates’ Hong Kong-based Asia managing partner, in a statement. “The additions of Sook, Scott, and Will significantly broaden and deepen our funds and private equity practices in Asia,” he said.