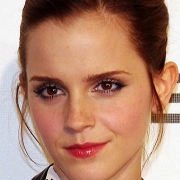 A free helpline backed by British actor and activist Emma Watson will offer free legal advice to women in England and Wales who have experienced sexual harassment at work.

The expert guidance is supplied by legal charity Rights of Women, whose female volunteers and employment lawyers will offer callers guidance on what behaviour constitutes sexual harassment, how to bring a claim at an employment tribunal, as well advice on settlement and non-disclosure agreements (NDAs).

Kickstarted from donations from members of the public, including Watson, the specialist service enjoys backing from Time’s Up UK Justice and Equality Fund, and is managed by Rosa, the UK Fund for Women and Girls. It stands as the UK’s only free legal helpline for women facing sexual harassment in the workplace.

The new dedicated telephone line follows findings by the Trades Union Congress (TUC), a federation of trade unions in England and Wales, that as many as one in two women experienced sexual harassment at work.

“While sexual harassment is one of the most common forms of violence against women, it has remained a hidden issue with many women believing it was an inevitable part of their jobs or that it would jeopardise their careers to assert their legal rights,” explained Seyi Newell, a senior legal officer at Rights of Women.

By plugging the gap in workplace protection, it is hoped that women will be empowered to hold their harassers and employer to account. Harry Potter star Watson said:

Understanding what your rights are, how you can assert them, and the choices you have if you’ve experienced harassment, is such a vital part of creating safe workplaces for everyone, and this advice line is such a huge development in ensuring that all women are supported, wherever we work.

In the wake of the global #MeToo movement, which has seen women come forward with their stories of sexual harassment and sexual abuse, Watson regards this service as a step in the right direction. She continues:

“It finally feels like people are realising the scale of the problem, and I’m certainly hopeful that with global standards such as the recent International Labour Organisation treaty on harassment at work, we’ll start to see a new climate of prevention and accountability on this issue domestically.”

A rise in the number of sexual misconduct cases across the legal profession has resulted in an increased workload for the Solicitors Regulation Authority (SRA), according to a recent report.

The regulator has also recently faced mounting pressure from MPs to clampdown on the ‘cover-up culture’, which sees lawyers draft up questionable NDAs to prevent alleged victims of sexual assault or harassment from speaking out.