You are here: Home1 / News2 / foreign investment in India 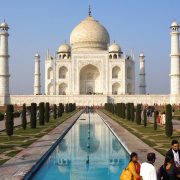 India’s potential for high growth in retail came to the forefront with the acquisition of its biggest homegrown online retail company. The high economic growth prospects were reaffirmed by the IMF. There will be a new system for monitoring of foreign investment in listed entities. The current policy for external commercial borrowings has been further liberalized.

Walmart Acquires Flipkart – Earlier this month, Walmart Inc. announced that it would pay $16 billion for an initial stake of approximately 77% in homegrown e-commerce company Flipkart. The deal valued Flipkart at about $20.8 billion. “India is one of the most attractive retail markets in the world, given its size and growth rate, and our investment is an opportunity to partner with the company that is leading the transformation of e-commerce in the market,” said Doug McMillon, Walmart’s president and chief executive officer, in a statement. This is Walmart’s biggest acquisition and the biggest e-commerce deal globally. The deal will need to be approved by India’s anti-trust regulator. The deal will redraw the retail landscape in India as Walmart takes its battle in the US with arch-rival Amazon to the world’s fastest growing major economy. It will also give a massive boost to entrepreneurship and the start-up ecosystem in India, which has struggled to provide exits.

International Monetary Fund – In a reaffirmation of India’s growth forecast made by International Monetary Fund (IMF) in last month’s World Economic Outlook, as reported by Asia Law Portal, the Regional Economic Outlook: Asia Pacific report published by same agency this month, states that in India, growth is expected to rebound to 7.4 percent, following temporary disruptions from the November 2016 currency exchange initiative and the July 2017 rollout of the new Goods and Services Tax (GST). The report further stated that growth rebounded strongly to 7.2 percent in the third quarter of FY2017/18, up from 6.1 percent in the first half of the fiscal year. India’s growth, projected at 6.7 percent in FY2017/18, should recover to 7.4 percent in FY2018/19, making India once again one of the region’s fastest-growing economies. The recovery is expected to be underpinned by a rebound from transitory shocks as well as robust private consumption. Medium-term headline CPI inflation is forecast to remain within but closer to the upper bound of the Reserve Bank of India’s inflation-targeting band (4 percent ±2 percent). Medium-term growth prospects remain positive, benefiting from key structural reforms, including the landmark national GST reform. The current account deficit in FY2017/18 is expected to widen somewhat but should remain modest, financed by robust foreign direct investment inflows.

Growth Estimates in previous quarter – India’s economy may have expanded by 7.1-7.5% in the January-March quarter – driven by manufacturing and construction – compared with 7.2% in the third quarter. The Central Statistics Office will put out the growth estimates for the fourth quarter and for 2017-18 in the coming days. It pegged FY18 GDP growth at 6.6%, which would suggest growth of 7.1% in the last quarter. The economy expanded 7.1% in FY17. India’s industrial output expanded 4.3% in FY18, with manufacturing growing 4.5%, according to the Index of Industrial Production (IIP). The IIP is a quantity-based measure while GDP is assessed on value added, which means that manufacturing GDP growth can be higher than that measured by IIP.

Changes to External Commercial Borrowings Policy – The RBI has recently liberalized the External Commercial Borrowings (ECB) policy. ECBs are commercial loans raised by eligible resident entities from recognised non-resident entities and should conform to parameters such as minimum maturity, permitted and non-permitted end-uses, maximum all-in-cost ceiling, etc. A uniform all-in-cost ceiling of 450 basis points over the benchmark rate. The benchmark rate will be 6 month USD LIBOR (or applicable benchmark for respective currency) for Track I and Track II, while it will be prevailing yield of the Government of India securities of corresponding maturity for Track III (Rupee ECBs) and RDBs. The ECB Liability to Equity Ratio for ECB raised from direct foreign equity holder under the automatic route was increased from 4:1 to 7:1. This ratio will not be applicable if total of all ECBs raised by an entity is up to USD 5 million or equivalent. The eligible borrowers’ list for the purpose of ECB has been expanded. There will be only a negative end-use list for all tracks instead of positive end-use list for Track I and negative end-use list for Track II and III.