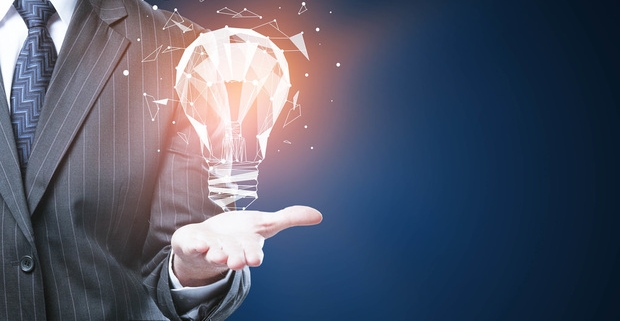 The University of Pennsylvania Law School’s new Future of the Profession Initiative aims to position students and alumni for the legal profession of the future, while also helping improve access to justice.

Can a law school, with the help of alumni attorneys and entrepreneurs, figure out how best to train the next generation of lawyers and improve the profession as a whole?

The University of Pennsylvania Law School is banking that it can. The Philadelphia school has launched what it calls the Future of the Profession Initiative, which aims to pursue innovations not only in how new lawyers are produced, but how law is practiced and who it helps. Unveiled Tuesday, the initiative is debuting with a slate of programs that include an executive education academy for alumni who are five years out of school, a podcast centered on the changing profession, an innovation competition and a symposium in February that will bring leaders from across the profession together to discuss the future of law.

“Change in the legal field is accelerating as technology evolves, new entrants join the industry, the practice of law becomes more globalized, regulatory frameworks governing lawyers shift, and attorneys approach their careers differently,” said Penn Law Dean Ted Ruger in an announcement of the initiative. “As a result, law school applicants, students and graduates are thinking in new ways about how they imagine their careers, underscoring the need for a solution that promotes innovation, thought leadership, and enhanced interdisciplinary education and engagement.”

Defining the mission and scope of the initiative is an ongoing challenge for its founders, which includes Jennifer Leonard, the law school’s chief innovation officer and the initiative’s executive director. That’s due in part to the fact that the initiative is a work in progress and its focus and programming will change over time. Some of its projects will prove successful, while some will fail—a reality that its leaders say they are comfortable with. But at its core, the initiative is intended to bring all of the law school’s innovation efforts under one umbrella, tap into the university’s larger innovation resources, and identify ways to help Penn Law students and alumni develop professionally throughout their entire career.

But the initiative has larger, profession-wide goals as well, namely improving access to justice through innovation. The focus isn’t solely on technology, which helps differentiate Penn’s program from some existing innovation centers at other law schools.

“This is designed to set us up for the next 50 years of the changes that we’ll see in the future,” Leonard said in an interview Monday. “That’s why we named it what we did: We want it to be broad enough to be nimble and adapt because certainly the changes we see today will be different from the changes we’ll see five, 10, and 15 years from now. This initiative will be structured in a way that allows us to adapt to those changing conditions.”

The initiative will kick off with a number of defined projects, which will be added to and subtracted from depending on their levels of success, Leonard said. Among them is the Five-Year-Out-Academy, in which Penn alumni who graduated five years ago can return to campus for a free week of executive education, including instruction on legal project management, negotiation skills, well-being for lawyers, law firm finance, cross-cultural competency, leading teams, strategic decision-making and client-centered design.

The school will also host a symposium in February with a broad range of legal thought leaders to discuss the future of the legal profession and create an upper-level interdisciplinary seminar course called “Innovation in Legal Services: Design Thinking to Optimize Client Service.” And the new Dean’s Innovation Competition will offer awards to entrants who identify new ways to deliver client services and close the access to justice gap.

The initiative and the first wave of projects were conceived with the help of an advisory board drawn from Penn Law alumni with a broad array of legal experience. They include Legal Services Corp. president Jim Sandman; Pro Bono Net’s Claudia Johnson; and Burford Capital managing director David Perla.

Perla said he wanted to be involved immediately, in part because the school’s reputation for fostering entrepreneurship for the greater good means the initiative already has many campus resources to draw upon. And the makeup of the advisory board ensures that many different perspectives are represented, he said.

“They picked people who did all sorts of different things with their degrees, most of whom no longer practice law,” he said. ““In some ways, we’re asking, ‘Can we make law better?’ And that’s really exciting to everyone.”

The research is clear: The decision to use legal finance is most often one that law firms and clients make collaboratively. This, however, requires that law firms know how to answer questions about the tool. It is in that spirit that we’ve put together a brief guide to address these questions.

#1. How does legal finance work alongside existing client-lawyer relationships?

#2. Why should companies use legal finance—even if they have plenty of liquidity?

Clients often fail to pursue recoveries due to cost concerns. Legal finance means clients need not leave money on the table: The finance provider assumes the cost and downside risk of pursuing claims, so that clients can maximize recoveries without risking the company’s capital.

Even if clients have ample budget for pursuing recoveries, they may choose not to do so, given the uncertainty inherent in litigation and arbitration. Legal finance removes that unpredictability: It allows legal departments to reduce or cap legal spend and better control the timing of spend even though it’s nearly impossible to control the timing of the underlying litigation.

Clients can also choose to monetize outstanding matters on a non-recourse basis in order to realize the cash from an anticipated recovery on an accelerated timetable, rather than trying to predict the timing and outcome of the litigation. Monetization allows companies to use the value of a litigation asset to unlock third-party capital that can be put to work by the company for a broad business purpose.

Clients can use legal finance on a portfolio basis to offset the cost of defense-side litigation by bundling plaintiff and defense matters together, using the value of affirmative claims to finance to cost of litigating claims across the portfolio. Litigation often represents the largest portion of legal departments’ expense lines, so the potential to drive innovation is significant.

#3. Why does finding the right legal finance provider matter?

Given the high stakes and potentially years-long duration of commercial disputes, clients need to know that choosing the right legal finance provider is about much more than discussing the economic terms—and law firms should be extremely careful about assessing all factors when recommending a finance provider. Specific factors to consider include:

As Boris Johnson and his partner were due to move into No. 11 Downing Street, they join the 3.3 million couples currently cohabiting within the UK. The Office for National Statistics (ONS) has found that, one in eight people aged 16 and over in England and Wales are currently cohabiting, of this population, half of cohabiting couples own property and nearly half have financial assets including cash, shares and trade investments.

Around 53% have assets worth £100,000 – while 15% have up to £500,000. More than half also own financial and property assets between them – which are now co-owned. Weighted by financial commitments to each other, a staggering third of the nation incorrectly believes that co-owning, co-parenting and cohabiting means far more than it actually does on paper.

According to a nationally representative study from will specialist Farewill, the nation’s misconceptions of our loved one’s welfare post-death is severely skewed:

With the average house price in the UK hovering around the £227,000 mark according to Halifax, failing to put appropriate measures in place during the relationship could throw up all sorts of problems further down the line, should you lose a loved one.

Dan Garrett, CEO and Co-Founder of Farewill is of the opinion:“There’s a huge myth that, when you die, the person who you’re in a long-term relationship with, or even own a house with, will automatically inherit your estate. Unfortunately, this simply isn’t true. In the UK, the law only applies this type of automatic protection to married couples or those in a civil partnership. Being together for a long time doesn’t count, and means, legally speaking, you and your partner are entitled to nothing. For cohabiting couples, this is a particularly important issue. Millions of unmarried couples in the UK who have no protection, potentially stand to lose everything, unless they and their partner outline their wishes in a will. Without a will, the estate will often go to a parent or parent in law. The law as it stands isn’t set up for the modern family, so it’s important to take what you want to happen after you die into your own hands by making a will.”