President Trump has said that he is considering rewriting his executive order temporarily barring refugees and citizens of seven Muslim-majority countries from entering the country, indicating that the administration may try to quickly restore some aspects of the now-frozen travel ban or replace it with other measures. 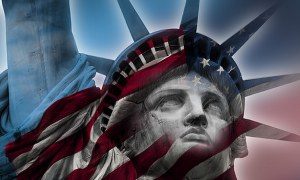 Trump told reporters aboard Air Force One that he would probably wait until Monday or Tuesday to take any action, and White House Chief of Staff Reince Priebus said several options — including taking the case to the Supreme Court — were still on the table.

Trump hinted that the ongoing legal wrangling might move too slowly for his taste, though he thought he would ultimately prevail in court.

A three-judge panel of the U.S. Court of Appeals for the 9th Circuit ruled unanimously Thursday that Trump’s travel ban should remain suspended, allowing people previously barred to continue entering the United States. While the judges were deciding only whether national security concerns necessitated immediately reinstating the ban — and not whether it could ultimately pass constitutional muster — their ruling put the future of Trump’s order in doubt.

White House and Justice Department officials began mulling several options as new Attorney General Jeff Sessions was briefed on the matter. They could rewrite the order in hopes that modifications would help it pass legal muster. They could ask the Supreme Court or the full 9th Circuit to intervene immediately. Or they could wage a battle in the lower courts, hoping that judges considering more squarely whether the issue ran afoul of the Constitution would land on Trump’s side.

On Friday, the White House injected an element of confusion when an official told reporters that the administration would not seek Supreme Court intervention, only to take it back and be contradicted by Priebus minutes later. Meanwhile, a 9th Circuit judge, without prompting, called for a vote to determine whether the entire court should rehear the case. The court asked for briefs from those involved in the case by Thursday.