Norton Rose Fulbright will open a European shipping and finance base in Monaco early next year, the firm revealed today. 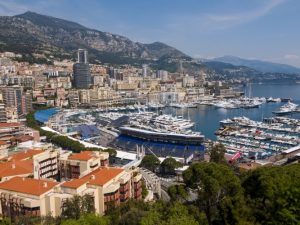 The office will be led by Greece head Dimitri Sofianopoulos, who will split his time between the two countries.

It will be the firm’s 54th office worldwide and its 13th in Europe. The firm gained permission to open in the principality in September.

Europe, Middle East and Asia managing partner Martin Scott said: “Our shipping and finance practice is widely regarded as a global leader and, as much of its work is derived from businesses located in the principality, it makes sense for us to establish a base there from which to provide an enhanced service to our clients.”

Norton Rose Fulbright joins a small number of international law firms with offices in Monaco. Ince & Co opened in the city in 2011 specialising in shipping, yachts, superyachts and commodities. Gowling WLG’s Monaco offices focuses on private client work, and Hill Dickinson also has an office in the city.

The additional European office signals a renewed period of growth for the firm, which also opened its first base in Vancouver this summer through a merger with local firm Bull Housser & Tupper. The firm also opened in San Francisco this year with a team of 17 lawyers including six partners from Sidley Austin.