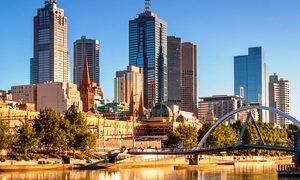 The new centre will be staffed by around 50 fee-earners and a further 15 support staff initially. The launch comes less than a month after HSF also extended its legal services business to China.

The 13-lawyer Shanghai alternative legal services centre is understood to be the first of its kind run by an international firm in the country.

Both the Melbourne and Shanghai centres will be run centrally from HSF’s 240-lawyer global alternative legal services base in Belfast, which launched last year.

HSF launched its global alternative legal services centre from its Belfast office in June 2015 and has grown the team to have 350 legal and technology staff in Belfast, Brisbane, London, Perth, Sydney, Shanghai and now Melbourne.

HSF launched a legal services pop-up in Perth earlier this year to “test the potential for this type of business in Australia,” said global head of alternative legal services delivery, Libby Jackson. “The team really flew out of the trap. We built it out of a successful pitch on a large piece of work and we felt the business case for an on-shore Australian hub had been made.”

The permanent centre will be located in Melbourne due to its comparatively cheaper rents. Meanwhile the Perth centre will continue to operate from HSF’s office in the city.

“We tested all the same due diligence drivers that we did for Belfast,” Jackson continued. “Perth enabled us to build a full team of people who understand our business in Australia and who can deliver services to our clients, which are mostly HSF partners.”

Jackson added the firm’s global legal services business was built on the principle that it can offer due diligence, document review and other services for “half the cost” of running the same work from one of the firm’s core offices.

It is also focusing on technology solutions to create a “value proposition for the client”. Jackson said the legal services hubs are “fully integrated” into the HSF network and are blending “human work with predictive coding and other software that relates particularly to transactional and corporate work.

“That’s where the really exciting tech stuff is happening,” she added.