Eversheds management expects ‘yes’ from partners in US merger vote

You are here: Home1 / News – Leaders in Law2 / Mergers3 / Eversheds management expects ‘yes’ from partners in US merger vote

Eversheds management is hoping for a resounding endorsement from partners today (16 December) on the vote to tie up with US firm Sutherland Asbill & Brennan. 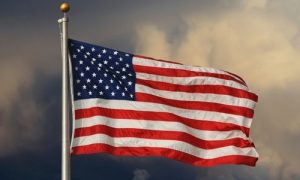 The voting process to join the two firms will conclude at 2PM today. In order for the merger to be approved, two-thirds of Eversheds partners and over half of Sutherland partners have to vote in favour.

The combined firm will be called Eversheds Sutherland, and it is understood that it will operate as a company limited by guarantee, as used by the Big Four accountancies and Gowling WLG.

It is understood that the talks between the two firms commenced at the start of 2016, although the merger talks were revealed later this year.

The two firms combined will create a transatlantic business with a turnover of £600m. Eversheds would be the dominant firm in the merger after posting revenues of £405m last year. According to data in The Lawyer’s Global 200, Sutherland’s 2015 turnover was £196.9m.

The tie-up will create the 39th largest firm by revenue globally, and push Eversheds into the top 10 law firms in the UK, where it will rank tenth largest.

The merger with Sutherland will add an additional 178 partners to Eversheds’ 358-strong partnership and offices in Atlanta, Austin, Geneva, Houston, New York, Sacramento, and Washington DC.

Eversheds has been vocal about its plans to pull off a US merger in the last two years. The firm held merger talks with Milwaukee-based Foley & Lardner at the end of 2015. Discussions between the two firms broke down after details of the deal were leaked to the press.

If the latest talks are successful they will mark a successful end to Bryan Hughes’ tenure as Eversheds’ CEO. During his time leading the firm Hughes announced a strategy to turn Eversheds into a global leader by 2020. As part of the strategy the firm appointed Ian Gray as its first international managing partner.

Eversheds managing partner Lee Ranson was recently elected as the firm’s new CEO and will take over from Hughes in May 2017. Corporate partner Keith Froud has been appointed to replace Ranson as managing partner.

Sutherland opened a small office in the UK in 2014 when it merged with London commodities boutique Arbis. The deal also gave Sutherland its first office in Geneva. The London office focuses on oil and metals trading.