Dentons rides in to the rescue of beleaguered KWM Europe

You are here: Home1 / News – Leaders in Law2 / Mergers3 / Dentons rides in to the rescue of beleaguered KWM Europe 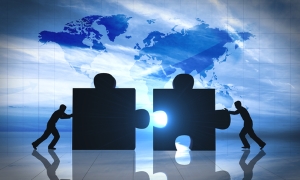 Dentons has emerged as a potential merger partner for the beleaguered European arm of King & Wood Mallesons (KWM). 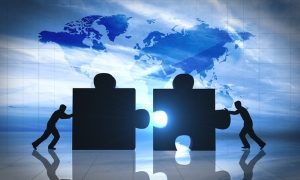 News of the discussions comes at a critical point for KWM’s Europe and Middle East (EUME) partnership.

At the same time, it is understood that US firm Greenberg Traurig and DLA Piper are interested in some of KWM’s Europe and Middle East (EUME) business, including a number of London partners.

However, Greenberg denied an earlier report today (30 November) that it was looking at acquiring KWM’s entire EUME business. “We have no interest and have not had one conversation relating to the acquisition of KWM’s EUME business, though we wish their lawyers and staff well,” a press spokesperson said, adding: “Greenberg Traurig is an opportunistic firm, and we always look at situations where our objectives of excellence, cultural fit, value and financial discipline can be advanced.”

KWM’s European management has been forced to look at options including a merger after partners last week opted against a recapitalisation of the business, which would have secured a bailout from the Asia-Pacific arms of the verein.

Legal Week reported last week that only 21 of King & Wood Mallesons’ European partners had agreed to commit in full to the troubled firm’s failed recapitalisation plan.

That equates to just over 16% of the 130-strong European partnership – making it impossible to raise the nearly £14m required from European partners to secure the additional bailout from the Asia-Pacific arm of KWM, thought to be worth a similar value.

For the Asia bailout to go ahead, partners would also have had to commit to stay with KWM EUME for 12 months.

In response to questions about discussions with KWM, Dentons global chair Joe Andrew said: “While we would never comment on whether we are in combination conversations or not with any firm, we admire the many European/UK partners of KWM that our partners work with regularly and believe this is a very high quality group of impressive lawyers.”

Sources familiar with the matter said that other firms are also talking to KWM’s European management about a potential deal.

If the EUME management team is unable to secure a merger for the business, one potential alternative would be a pre-pack administration that could see one or several firms purchasing all or parts of the business.

It is also possible that partners within the Asia-Pacific arms of the verein could step in with another rescue offer.

KWM EUME has seen a number of partners leave the firm in recent weeks after the firm was plunged into crisis by the resignation of four high profile London partners, including UK investment funds head Michael Halford, who – it was announced last week – is heading to Goodwin Procter in London alongside four partners.

Yesterday, it emerged that KWM’s global head of litigation Craig Pollack is in talks to join Covington & Burling in London.

Morgan Lewis has previously been tipped as a potential merger partner for KWM globally, however it was reported earlier this month that talks had been called off.

on LinkedIn
Eversheds moving in on merger with US firm Sutherland