You are here: Home1 / News – Leaders in Law2 / Mergers3 / CMS, Nabarro and Olswang to merge to make UK’s sixth-biggest firm

One of the largest tie-ups in the UK legal services industry is being planned by law firms CMS UK, Nabarro and Olswang to create an international group better able to challenge the elite “magic circle” of five leading British rivals. 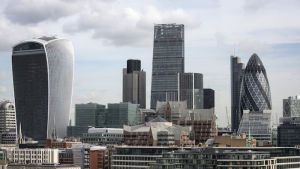 The merger of the three firms, which will trade as CMS, will create the sixth-largest law firm in the UK by revenue, and will employ a team of 4,500 lawyers in 36 countries. The merger is expected to complete in May next year.

The deal comes as more law firms are seeking revenue growth outside the UK, and in particular are trying to broaden businesses in fast growing markets such as Asia rather than being reliant on the UK economy.

In recent years, “magic circle” law firms such as Clifford Chance have pulled away from smaller rivals by opening international offices to serve global corporate clients that require access to English courts and law that is used to underpin business contracts.

Penelope Warne, senior partner for CMS UK, said the deal was a sign of confidence in the City of London, adding that the three firms had been in talks before the Brexit vote.

“We didn’t feel that Brexit was a reason for us not to do this,” said Ms Warne. “It’s a sign of confidence in the City.”

She said that the three-way tie-up would create an enlarged law firm with greater expertise in six key sectors, including energy, financial services and technology. The firm will have offices in 36 countries, including a greater presence in fast growing markets in Latin America.

The firm will also invest more in new technology, including artificial intelligence, which is increasingly allowing greater automation of routine work in law firms.

“The legal sector is no different from the general business sector in facing disruption from technology,” Ms Warne said. “It was important to combine all three firms all of whom have different sector expertise … we want to drive technology through our business for the benefit of clients.”

The new firm will employ 2,500 lawyers in the UK. Combined revenues will be £450m in the UK but well in excess of €1.2bn globally.

Industry experts warned that many UK-focused law firms were struggling to compete as the legal market became more global, and as new technology is used to automate work.

“It’s a symptom of the weakness of these smaller English firms that don’t have an international presence. It’s part of the evolutionary process,” said Nick Cherryman, partner at King & Spalding, the US law firm. “If you look at the law firms with greater profitability, it’s those who have a large international footprint.”

He added: “The domestic London firms have not just stayed still but they’ve gone backwards. The talent is going to the big law firms. They have less of the talent and less market share.”

Law firms are also facing new competitors. The UK’s Legal Services Act 2007, which was designed to make the purchase of legal services more accessible, has paved the way for professional services firms — such as PwC — to expand into the legal sector.

Multiple hires for Ince JLV in Singapore
Scroll to top