Addleshaw Goddard is understood to be in talks over a potential tie-up with German law firm Luther. 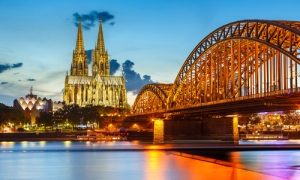 The Cologne-headquartered firm has ten offices across Germany and six international offices. In 2016 it posted revenues of €124m (£106m), of which €110.3m (£94m) was generated by its German offices.

Addleshaws’ international network includes offices in Asia and the Middle East; however, the firm currently has no presence on the European continent.

A spokesperson for Addleshaws said: “Germany is a market full of opportunity, but we don’t comment on merger speculation and so have nothing to say.”

The news comes after confirmation of Addleshaws’ merger with Scottish firm HBJ Gateley later this year – a tie-up scheduled to go live on 1 June.

The firm has also been looking to the US for merger opportunities, and held talks with Virginia headquartered firm Hunton & Williams last year. However, those talks stalled over the summer in the aftermath of the UK’s vote to leave the European Union.