Addleshaw Goddard has finally voted through a Scottish merger, with managing partner John Joyce getting enough partner votes needed to approve a union with HBJ Gateley last Tuesday, ahead of the ballot closing today (28 November). 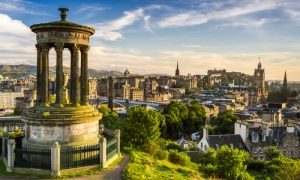 Addleshaws will takeover HBJ Gateley’s three Scottish offices in Aberdeen, Edinburgh and Glasgow. The combination was subject to approval by both partnerships, with Gateley also voting through the merger last week. To approve the tie-up, 75% of Addleshaws partners who voted had to say yes to the merger. While Addleshaws achieved this the firm would not say how many partners abstained.

HBJ Gateley, which is not part of the English PLC due to rules around Alternative Business Structures in Scotland, had turnover of £21.9m in in 2015/16, making it the eighth biggest Scottish firm.

The union will go live before 1 June 2017 and see HBJ Gateley chair Malcolm McPherson join Addleshaws’ board. Joyce will retain his role as managing partner and Charles Penney will remain senior partner at the firm.

A HBJ partner will also join each of the executive teams leading each of Addleshaws’ four operating divisions: corporate, finance, litigation and real estate.

Addleshaws has long wanted a presence in the Scottish market, with merger talks between the firm and Maclay Murray & Spens called off in February this year. In May, the firm turned to the US for a potential merger partner, and is in talks with Virginia-based Hunton & Williams.

Joyce (pictured) said: ‘We have for a while had an ambition to be present in Scotland and so are delighted with the overwhelmingly enthusiastic response from the partners, clients and staff of both firms.  Overall, it’s a great fit for our clients and our people and we are looking forward to realising the collective benefits of our enhanced geographical reach, increased practice and sector bench-strength and flexibility in our delivery approach.’

McPherson, chairman of HBJ, said: ‘The combination of two such capable and growing firms is extremely good news for our clients, our people and our partners. The overwhelming majority of partners at both firms clearly saw the many benefits of the merger strategy and the fact that it positions us very well for further strong growth.’