Norton Rose Fulbright has acquired Canadian firm Bull Housser, adding 54 partners and a base in Vancouver to its global network. 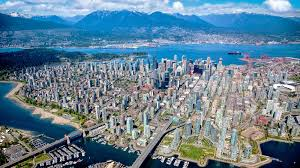 She will report to Norton Rose Fulbright Canadian managing partner Charles Hurdon, based in Ottawa.

The move follows Norton Rose Fulbright’s launch in Northern California in June, after it hired seven lawyers from Sidley Austin’s San Francisco office. The team moved over as part of a group hire across the US, which saw Norton Rose Fulbright poach Sidley’s entire public finance team.

Bull Housser is comprised of 54 partners, 32 associates and four counsel. It joins a firm that saw global revenue rise 3.4 per cent to £1.16bn for the 2015/16 financial year in its third financial year since the merger of legacy firms Norton Rose and Fulbright & Jaworski.

As well as turning the spotlight back on the US this year, Norton Rose Fulbright has also been pushing for greater efficiency across the business. The firm announced in May it would axe 170 global business services roles in favour of opening a back office function in Manila later this year

K&L Gates boss Kalis to step down after 20 years