Kennedys is merging with marine boutique Waltons & Morse to boost its City presence. 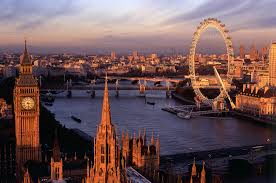 The tie-up will increase Kennedys’ London headcount by 28 lawyers including five partners, and follows a number of mergers made by the firm to expand internationally, particularly in Latin America.

Kennedys’ turnover will also grow to an estimated £150m after the combination. The firm reported an uplift in revenue of 7 per cent to £139m for the 2015/16 financial year.

All of Waltons & Morse’s lawyers will sit in Kennedys’ new international marine team, headed up by the boutique’s managing partner Chris Dunn.

The new additions will expand Kennedys offering in the marine and shipping sector, with lawyers advising on insurance, and casualty and liability issues, as well as political risk.

The merger will go live in November and all staff from Waltons & Morse will move over to Kennedys’ London office by the end of the year.

Kennedys has been pushing for significant expansion across Latin America and Europe this year, with the firm opening four new offices in recent months.

It launched new offices in Brazil and Peru as well as Chile and Columbia, while also merging with its Danish associated firm Erritzøe and signing up firms in Norway and Sweden as new associates.

India Aims To Be The World’s Newest International Arbitration Hub
Scroll to top
This site uses cookies: Find out more.