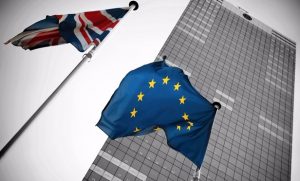 Partners at the firms have said that the discussions, which were first reported in May of this year but are understood to have begun at the end of 2015, have slowed down in the wake of the EU referendum in order to assess the impact of Brexit on the U.K.

“The U.S. deal is still ongoing but it has slowed because the dust hasn’t settled on Brexit yet,” an Addleshaw partner said.

The forthcoming U.S. presidential election is also understood to have played a part in the delay.

Nothing has yet been formally put to the partnership at Addleshaw but prior to the Brexit vote, talks between the two firms had progressed to a stage where there was a “sufficient degree of conformity that everyone was comfortable with the basics and the feel culturally,” according to one Addleshaw partner.

Hunton & Williams has 14 offices across the U.S., alongside small international outposts in Brussels, Beijing, Tokyo, London and Bangkok, while Addleshaw has three U.K. offices and international offices in Dubai, Hong Kong, Oman, Qatar and Singapore.

A merger would increase both firms’ coverage with relatively little overlap, as the only duplicate office is in London, where Hunton & Williams has a seven-partner base.

The firm’s results were boosted by fees paid for mandates from previous years, partly connected to the long-running Berezovsky litigation.

In the past 12 months, Addleshaw has also held merger talks with Scottish firm Maclay Murray & Spens, but they were called off earlier this year after the two sides failed to come to an agreement.