The Singapore International Arbitration Centre (“SIAC”) opened its first office outside of Asia in New York on December 3, 2020.  According to SIAC, US parties are consistently among the top foreign users of SIAC and in 2020 alone, over 500 US parties have arbitrated under SIAC’s Rules.  According to SIAC’s 2019 Annual Report, U.S. was the fourth top foreign user of SIAC, coming after India, Philippines, and China.[1]  As an increasingly popular arbitral institution, not just amongst parties located in Asia but worldwide, SIAC has taken the leap to become a global institution, aiming to have a greater presence in the Americas.  In 2020, despite the global pandemic, there have been more than 1,000 cases filed with SIAC, marking a new record for the institution since its establishment in 1991.

SIAC will the first Asia-based arbitral institution to open its office in New York.  Hong Kong International Arbitration Center (“HKIAC”), which is another popular institution in Asia, currently has offices in Hong Kong, Shanghai and Seoul.  The  Korean Commercial Arbitration Board (“KCAB”) has offices in Hanoi, Vietnam, Shanghai, China and Log Angeles.  With SIAC opening its offices in New York, US parties will have more options in selecting arbitral institutions that have offices based in New York.  SIAC may be an appealing competitive option for US parties that have disputes with parties based in Asia.  Aside from parties based in Singapore, parties based in India, Philippines, and China are the most frequent users of SIAC.  It is also foreseeable that there will be more arbitrators based in the U.S. who may become members of SIAC’s Panel of Arbitrators and take on larger roles in SIAC Court of Arbitration.

SIAC’s presence in New York is also significant in that it can assist in promoting diversity within the arbitration community.  SIAC is an extremely diverse institution and its presence in the Americas may increase diversity within the arbitration community in the U.S. simply by bringing a diverse panel of arbitrators and counsels who have experience with SIAC.

SIAC presents a couple of advantages as an arbitral institution.  The SIAC rules permit expedited procedures where a final award is issued within six months of the constitution of the tribunal as well as an “Emergency Arbitrator” procedure whereby an Emergency Arbitrator is appointed to hear applications for urgent interim relief prior to the constitution of the tribunal.  Finally, the SIAC rules offer a procedure for the early dismissal of claims and defenses.  Parties may make an application for such early dismissal of a claim or defense if a claim or defense is manifestly without legal merit or manifestly outside the jurisdiction of the tribunal.

According to SIAC, it is currently reviewing and revising its 2016 Rules in order to “take into account recent developments in international arbitration practice and procedure, and is aimed at better serving the needs of businesses, financial institutions and governments that use SIAC.”[2]  With new rules that are improved in accordance to the recent trends in international arbitration, such as the use of artificial intelligence and aspirations on diversity, SIAC’s progress in the next couple of years will be interesting (and exciting) to witness, especially with its presence in the United States. 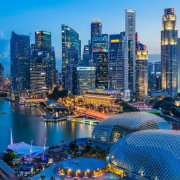 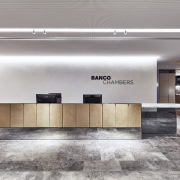 Banco Barristers featured in The 2021 Edition of Best Lawyers