Baker & McKenzie’s Hong Kong office was hired by the government of Sri Lanka to advise officials on financial laws in other countries and jurisdictions, the firm confirmed Monday. 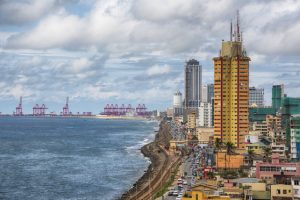 Sri Lanka’s Business Times reported on Aug. 21 that the global legal giant will be paid $2.3 million for 12 weeks of work. Some of that work will involve drafting and revising the country’s IP, real estate, restructuring and tax laws, according to the publication.

“Baker & McKenzie is proud to have been selected by the Sri Lankan government to advise on international aspects of developing the legal infrastructure necessary to build a regional financial hub in Colombo,” the country’s capital, according to a statement from a firm spokesman.

The Sri Lankan government has turned to Baker & McKenzie to advise on financial models that have worked for other countries, said the firm’s statement, which noted that local counsel have also been hired. The Sri Lankan government responded to news reports last week with a statement of its own confirming the hire of Baker & McKenzie, but denying other details mentioned by the Business Times, including the implication that the firm would open an office in Colombo. (The publication’s editor responded saying that they never said that the firm would “practice” in Sri Lanka.)

Baker & McKenzie’s statement confirmed that it had not opened an office in Sri Lanka, but said that its current engagement for the country would be led by its Hong Kong office, with help from lawyers in Dubai and elsewhere.

The government’s statement said that Baker & Mc­Kenzie would be advising the country on “the legal implications of the different financial models,” including those in Dubai, Hong Kong, Ireland, the U.K. and the U.K.’s Channel Islands. The government added that the firm is also advising it on Indonesian tax laws.

Baker & McKenzie’s work for the Sri Lankan government is not the firm’s only project in the island nation, which sits southeast of India in the Indian Ocean. In April, lawyers in the firm’s Singapore and London offices advised Switzerland’s LafargeHolcim Ltd.—a building materials giant formed via a 2015 megamerger—on the $400 million divestment of its interests in Holcim Lanka, a Sri Lankan cement plant, to Thailand’s second-largest cement producer.

Sri Lanka’s current president, Maithripala Sirisena, has been working since his election last year to ensure that his country remains peaceful after a brutal civil war that ended in 2009 and left an estimated 100,000 dead.

A cabinet committee on economic management headed by Sri Lankan Prime Minister Ranil Wickremsinghe was established to make recommendations on financial policy that will encourage investment in the country. The Business Times reported that it was this committee that approved the hire of Baker & McKenzie.

on LinkedIn
Addleshaw-Hunton merger talks on ice after Brexit vote