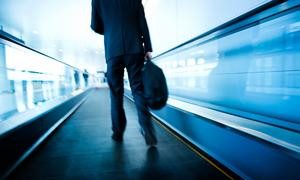 Venit, who has spent over 16 years as a partner at Skadden, joined Dentons in Brussels today (5 January).

He joined Skadden in 2000 from US rival Wilmer Cutler Pickering Hale and Dorr, where he was also a partner, and became co-head of European competition at the elite US firm in 2010.

Dentons’ European competition practice is currently led by Juerg Karenfort, who is also co-head of the firm’s global practice.

Venit is considered to be one of the top antitrust practitioners in Brussels. During his time at Skadden, he advised on high-profile mergers including the €26.9bn ($33.6bn) tie-up of Mittal Steel and Arcelor in 2006, as well as and GE’s attempted $45bn takeover of Honeywell, which was blocked by the European Commission in 2005.

While at WilmerHale, he acted for AOL on its £250bn merger with Time Warner, and advised AT&T on its global joint venture with BT.

The move comes amid widespread anticipation of an increase in client demand for competition and trade advice, driven by the UK’s vote to leave the EU. Last year Legal Week reported that Slaughter and May would relocate a London competition partner to Brussels in preparation for a spike in work advising corporates on the UK’s post-Brexit trading relationship with the EU.