A bid by the computer chip company to limit the information it is required to submit to regulators has ended.

US chipmaker Qualcomm has lost its data dispute with EU antitrust regulators following a ruling from Europe’s top court on Thursday.

The Luxembourg-based Court of Justice of the European Union (CJEU) reaffirmed regulators’ right to see data held by Qualcomm, a move that is likely to strengthen the European Commission’s position in other antitrust investigations.

The case in point has already seen the chipmaker struck with a €242 million fine.

Qualcomm’s legal fight with the EU antitrust watchdog began in 2017 when it was instructed to provide more information relating to a case in which it was accused of predatory pricing in 2009 and 2011 in an attempt to crush UK-based phone software developer Icera.

Qualcomm declined to provide further information, arguing that the regulator’s request exceeded the scope of the investigation. It brought its case to the General Court – the second-highest court in Europe – and lost its challenge in 2019, subsequently appealing to the CJEU.

On Thursday, the CJEU backed the Commission.

“Having regard to the broad powers of investigation conferred on the Commission by Regulation No 1/2003, it is for the Commission to decide whether a particular item of information is necessary to enable it to bring to light an infringement of the competition rules,” court judges said.

The European Commission has already levelled fines of €1.2 billion against Qualcomm relating to this case and another in the past three years, both related to the company’s alleged use of its market power to thwart rival firms.

Qualcomm Is also the subject of a third case from the Commissions, which is investigating whether the chipmaker engaged in anti-competitive behaviour by leveraging its market position in 5G modem chips in the radio frequency chip market. 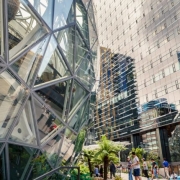 on LinkedIn
Trademark Protection for Product Shapes and Containers

Investment Arbitration and India: 2020 Year in Review
Scroll to top