Lawmakers in New Zealand approved a bill on Thursday that aims to reduce the country’s non-biogenetic greenhouse emissions to zero by 2050. The Zero Carbon Bill provides a framework for limiting average global temperature increase to 1.5° Celsius above pre-industrial levels, as set forth in the Paris Agreement.

The bill establishes a Climate Change Commission, which will advise the government and monitor and review the government’s progress towards meeting the goal. The 2050 targets set forth are: gross emissions of biogenic methane to be reduced to at least between 24 percent and 47 percent below 2017 levels and net emissions of all other greenhouse gases to be reduced to zero. The separate targets for biogenic methane, the greenhouse gases released by livestock such as cattle and sheep, will make it easier for New Zealand to hit their zero emissions goal. Greenhouse gases from agriculture make up 48 percent of the countries total emissions.

The Minister for Climate Change, James Shaw praised the bill:

Climate change is the defining long-term issue of our generation that successive Governments have failed to address. Today we take a significant step forward in our plan to reduce New Zealand’s emissions. … We’ve led the world before in nuclear disarmament and in votes, now we are leading again…This Bill belongs to New Zealand, and together we have ensured law that ensures we shift towards a low emissions country that keeps us all safe.

New Zealand joins more than sixty other countries that have committed to zero carbon emissions by 2050. However, the countries with the largest greenhouse emissions—China, India, and the US—are not on that list. On Monday US Secretary of State Mike Pompeo announced on twitter:

Today we begin the formal process of withdrawing from the Paris Agreement. The U.S. is proud of our record as a world leader in reducing all emissions, fostering resilience, growing our economy, and ensuring energy for our citizens. Ours is a realistic and pragmatic model.

A number of US states have passed their own zero emissions goals including California, Washington and New Mexico. 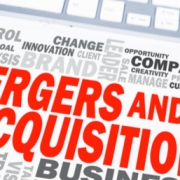 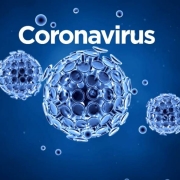 (COVID-19): Legal Aspects to be Considered by Companies

Brexit and the implications for your Intellectual Property Rights
Scroll to top
This site uses cookies: Find out more.