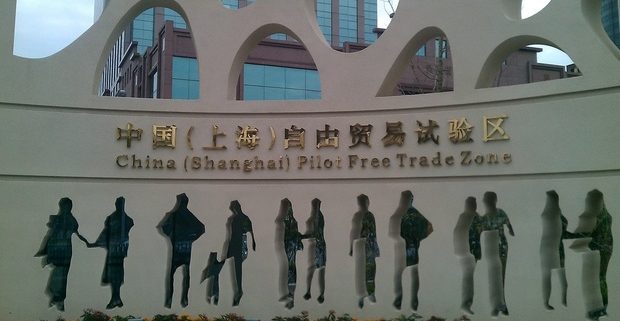 The magic circle firm’s Shanghai Free Trade Zone joint operation wasn’t the first, but it might just be the tipping point

Linklaters announced last week that its unusual application for a joint operation office in the Shanghai Free Trade Zone had finally received approval from the local authorities, making it the first magic circle firm that can include Chinese law capability in a one-stop-shop offering.

“Linklaters’ successful joint operations application sends a very positive message to the market,” says Shawn Chen, who leads the China business for London-based SSQ, a legal search firm that helps global firms broker China alliances. “This will give confidence to firms that are preparing an application and those considering applying.”

Foreign law firms were for years barred from forming formal associations with Chinese law firms, which have enjoyed the exclusive right to give Chinese legal opinions and appear at local courts. However, a major breakthrough came in 2014 when the Ministry of Justice approved a pilot program that permitted foreign and Chinese firms to form joint operations in the then-brand-new Shanghai Free Trade Zone. In March, the Shanghai government said it plans to expand the pilot program beyond the FTZ—to the entire municipality.

From the Chinese government’s perspective, the purpose of the Shanghai FTZ programme is to create a platform for international law firms to share their experiences and help their Chinese partner firms improve. But the programme also effectively serves as an official endorsement, granting foreign law firms access to their major missing piece—Chinese law capability.

Linklaters was not the first firm to benefit from the FTZ program; four other global firms—Baker McKenzie, Hogan Lovells, Holman Fenwick Willan, and Ashurst—have entered similar joint operation arrangements since 2015.

But the formation of Linklaters’ alliance was unique. Instead of linking up to an established firm, Linklaters opted to send a group of its own lawyers to a lesser-known Shanghai-based boutique called Zhao Sheng Law Firm, making it the first global firm to successfully achieve a modified spin-off structure under the FTZ program.

In contrast, Baker McKenzie, the first global firm to launch a joint office in the FTZ, formed an alliance with the well-established, Beijing-based FenXun Partners. It was followed by Hogan Lovells, Holman Fenwick Willan, and Ashurst, all of which also formed tie-ups with existing Chinese firms. Ashurst’s move was particularly notable, as it formalized a longtime best friend relationship with 750-lawyer domestic player Guantao Law Firm.

But Linklaters ostensibly spun off a local firm with which it would form an alliance—an unusual move that many consider significant.

China’s legal market is not mature enough to separate top-tier firms from the rest of the crowd, Liu said. In Shanghai, alone, there are more than 1,500 domestic firms, and there are many foreign firms on top of that. “The market can’t really tell who’s who,” Liu said. “You are often pitching against firms that have never been your competitors elsewhere, and they offer one-fifth your price.”

If a law firm wants to be competitive, it has to offer good value for its clients’ money, he said. “For us, providing seamless high-quality Chinese and foreign law services is that value.”

Of course, many global firms have long recognised the importance of having access to a Chinese law practice. But the challenge for them has been to find the right Chinese firm to partner with. In 2015, Linklaters tried to form an association with existing Chinese firms, according to Legal Week, The American Lawyer’s London-based sibling publication.

But those talks failed to produce an agreement. The firm’s partnership then decided to pursue a so-called “greenfield” option, under which the firm would send out a group of its own lawyers and launch a separate Chinese law firm with the goal of later entering into an FTZ association. As the rules required the Chinese firm participating in the FTZ scheme to be at least three years old, Linklaters opted for Zhao Sheng, a local firm that was founded in 2010, and eventually launched the joint operations.

Zhao Sheng and Linklaters were aligned in every critical aspect, including firm culture, practice focus, and client service standards, said William Liu, (no relation to Eric Liu), who leads the U.K. firm’s China practice from Hong Kong. “This is the only way to ensure that we can provide a fully seamless service to clients.”

According to official records, Zhao Sheng moved in September of last year into Linklaters’ Shanghai office at the Mirae Asset Tower, in the Lujiazui financial district. William Liu said the two firms also share office systems and would further integrate.

A Shanghai-based partner from another Magic Circle firm agreed it makes sense for international firms to be able to access Chinese law capability in certain practices. “It’s very beneficial, especially for litigation matters,” said the partner, who did not wish to be named as he was not authorized to comment on his firm’s position on the issue.

Both firms stressed that Zhao Sheng would remain independent from Linklaters; Eric Liu said in addition to ex-Linklaters lawyers, Zhao Sheng has made several important external hires over the past year from leading Chinese firms. He hopes that the alliance will help increase Zhao Sheng’s brand profile in the mainland legal market and give both firms a competitive advantage.

But if Eric Liu’s predictions are correct, the Linklaters-Zhao Sheng joint operation won’t enjoy that competitive advantage indefinitely. Eric Liu believes that once the firms’ joint operation proves successful, more firms will consider this model. And when the number of Chinese-foreign joint offices reaches a critical mass, the competitive landscape in the market will change, he said.

Chen, from SSQ, believes that it is noteworthy in and of itself that Linklaters’ unusual business model got the long-sought-after green light from Chinese regulators. And he believes more global firms will now follow suit. More firms will likely file applications for FTZ joint operations in the second half of this year, he said.

“The question that everybody had in mind was whether or not this model was actually feasible; now we know that it is,” he said. “I won’t be surprised if by next year there are 10 firms operating joint offices in the FTZ.”

on LinkedIn
Travers Smith and Freshfields lead on £1.5bn Pret a Manger sale