The European Commission proposed two new pieces of legislation on Tuesday that will impact the regulation of digital services in the EU, especially those offered by big tech companies such as Amazon, Google, Apple and Facebook.

The Digital Services Act and the Digital Markets Act were proposed with the aim of creating “safer digital space” and establishing “a level playing field to foster innovation growth and competitiveness,” according to the European Commission.

The Digital Services Act aims to provide a framework for dealing with illegal content and transparency and accountability. It requires large online platforms, as in platforms used by 10 percent of the EU’s population, to make risk-based assessments that include:

In addition, these large online platforms will need to increase transparency to “ensure that recipients are appropriately informed, and can influence the information presented to them.”

The Digital Markets Act is aimed at ensuring fair behaviour from “gatekeepers” of digital services. These gatekeepers are large online platforms that, according to the proposed act, have a strong economic position, link businesses to consumers, and have an “entrenched and durable position” in the market. The gatekeepers will be subject to “harmonised mandatory rules” regulating fair behaviour, such as prohibiting favouring of its own services. Any breach could result in fines of up to 10 percent of the gatekeeper’s annual turnover, or periodic penalty payments of up to 5 percent of the average daily turnover.

The legislation will now go through the European Parliament and Council of the European Union to be discussed and debated through ordinary legislative procedure. 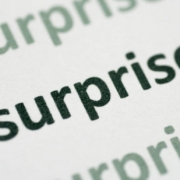