DLA Piper has confirmed plans to close its Berlin office, as its two lawyers have exited to launch DWF’s third office in Germany. 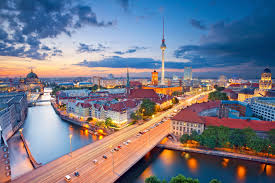 DWF’s Berlin practice will launch in April with eight lawyers, including DLA financial services partner Nina Siedler and real estate of counsel Irene Schmid, who will move to the new office following the closure. Both will be partners at DWF.

As part of a deal between DLA and DWF, the latter will also take on the firm’s premises in Berlin.

Former DLA partner Wolfgang Richter, who first joined DWF Germany following the firm’s merger in 2016 with BridgehouseLaw, will head the firm’s new Berlin office in the role of executive partner.

A DLA spokesperson said that the firm will continue to service clients across its other four offices.

“The firm’s German practice continues to strengthen and grow, however, it has become clear that there is no longer the client demand, and therefore the need, for us to have an office in Berlin,” the spokesperson commented.

“As a result, with effect from 1 April 2017, we have come to an agreement that our office with one partner and one of counsel will transfer to DWF. We wish them every success for the future.”

Managing partner and CEO of DWF Andrew Leaitherland said: “Opening in Berlin presents a strategic opportunity in its own right, offering significant opportunities in the financial services and real estate markets, along with being a key piece of our wider international growth plans.

“Building our German presence, combined with our recent opening in Paris, allows us to really bed in our European offering and continuing extending our international links into key geographic markets globally, including the Middle East and Africa.”

Earlier this year, DWF launched its first office in France through a merger with four-partner Paris firm Heenan Paris.

The boutique spun out of collapsed Canadian firm Heenan Blaikie in 2014 and is run by managing partner Jean-François Mercadier, who is among those joining DWF.

The news of DLA’s Berlin office closure marks yet another loss for DLA Piper after the departure of Leeds duo Kate Payne and Vikki Massarano, who moved to ARC Pensions Law last month to head its new office in the city.