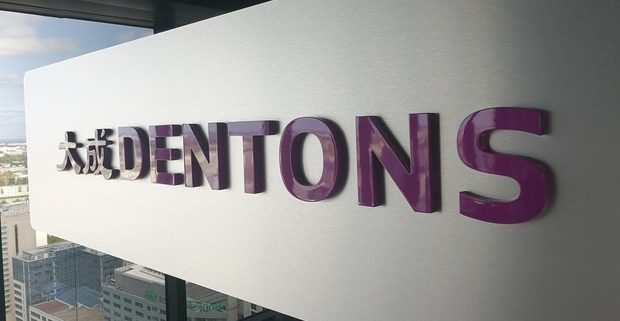 The proposed combination, announced today (27 September), will see Dentons add 26 lawyers  including 12 partners in Uganda, with the KAA brand to disappear as a result.

If approved by partners, the deal will be the latest in a string of tie-ups announced by Dentons in recent months, with a union with Scotland’s Maclay Murray & Spens announced in July, a combination with Boekel in the Netherlands announced in March, with planned openings in Myanmar and Peru announced in May.

KAA is the biggest law firm in Uganda according to Dentons, with the combination expected to go live before the end of the calendar year, subject to securing partner approval over the coming weeks.

When it goes live, Dentons will have more than 8,500 lawyers worldwide. Legal Week sibling title the American Lawyer’s annual 2017 Global 100 ranking showed the firm to be the largest in the world by headcount, with numbers  provided before any of the latest combinations putting Dentons some 1,200 lawyers ahead of China’s Yingke.

Global chairman Joe Andrew said: “With this combination we are truly poised to become one of the leading and fastest-growing firms in Africa. It’s our goal to be the first truly pan-African law firm, through a blend of full-firm combinations and our network.”

KKA managing partner David Mpanga added: “The proposed combination with Dentons, with its polycentric philosophy, will enable us to maintain our deep connections in the local community while embracing and building upon the attributes of the firm that helped us become one of the elite in East Africa.”

News of the combination comes after Dentons appointed  Noor Kapdi as Dentons’ chief executive officer for Africa over the summer. At that time, Andrew said: “We have a clear strategy to become a truly pan-African law firm by growing, as we have in other regions, through whole firm combinations.”

on LinkedIn
Insight from our member Emmanuel Ekpenyong