Congressional Oversight of the Trump Administration Could Backfire

You are here: Home1 / News – Leaders in Law2 / Legal news3 / Congressional Oversight of the Trump Administration Could Backfire

Congressional Democrats are using several weapons to force the Trump Administration to bend to congressional oversight demands. Wiley Rein partner Peter S. Hyun warns that companies must remain hyper-attentive, because in an instant, Congress could use those tactics to scrutinize industries whenever there is a reason (political or otherwise) to do so.

Recently, the House Ways and Means Committee—led by Chairman Richard Neal (D-Mass)—filed a federal lawsuit to force the IRS and Treasury Department to comply with a congressional subpoena to obtain President Donald Trump’s tax records.

The lawsuit came after a three-month process (detailed at length in the complaint) during which the Treasury Department and IRS repeatedly told the committee to essentially “pound sand.”

This go-pound-sand strategy is in fact the near-uniform position that the administration has taken with respect to numerous requests from House committees conducting a multitude of probes of the administration.

While the strategy faces significant legal peril, experts have pointed out that the overall strategy is a short-term messaging and political strategy, rather than a long-term legal strategy.

First, as to messaging. When the new Democratic House majority first took over, House Democrats promised a new era of oversight, arguing that the first two years of the Trump administration were completely unchecked by a Republican Congress.

Republicans immediately responded with a broad messaging campaign couched in grievances, styling any congressional oversight as “presidential harassment” and “abuse”—terms that have been used repeatedly over the past eight months (echoing another familiar refrain—that of a Mueller “witch hunt”).

Second, the victimhood messaging strategy has run lockstep with what many have called a “run-out-the-clock” political strategy centered around the 2020 election cycle.

In other words, the longer the congressional subpoena fights drag on closer to the election, the more these fights will be a rallying cry for the Trump base to frame Democratic oversight efforts as completely without basis.

And, if Trump ultimately wins re-election, it is not difficult to imagine that he will triple-down on the idea that oversight efforts are indeed “illegal harassment” that the American people—through the electoral process—reject (regardless of what the federal courts say).

This appears to be a savvy strategy, to be sure. Getting a federal court to ultimately enforce a congressional subpoena normally takes a lengthy amount of time and resources. For example, when Congress recently obtained a court order to force Backpage.com to comply with a bipartisan Senate subpoena, the total process took 17 months.

Similarly, when a House Judiciary subpoena was issued to former White House Counsel Harriet Miers over documents related to the U.S. Attorney firing scandal, that court process took 14 months. Congressional subpoenas in the Fast and Furious investigation did not result in a final resolution until seven years later.

In this way, Trump’s unrelenting strategies have left Democrats stymied and frustrated. They realize the only way to “win” this fight is ultimately through a legal strategy via the courts.

Streamlining the process not only shortens the time frame to go to court, but it also eases the burden on House General Counsel Doug Letter’s office, which is now engaged in multifront litigation for months and years on end on behalf of numerous committees.

What Does This Mean for Future Congressional Probes?

While the administration’s strategies may certainly benefit Trump politically in the short run, these subpoena fights will likely mark significant changes to congressional investigations in the future far beyond this administration.

First, many expect the legal fights in the courts to ultimately—despite any procedural maneuvering in the interim—require compliance with the congressional subpoenas.

These decisions by federal courts will likely reverberate going forward, giving congressional committees the additional legal bases to press forward with aggressive oversight and investigatory activity in the future.

Second, with the passage of H.Res. 430, the House set an important marker for oversight investigations going forward in future Congresses. As a parliamentary body, the House of Representatives is governed by a commitment to adhere faithfully to precedent.

As set forth in the House Rules and Practice Manual:

The overarching role of the [Parliamentarian] is to strive for consistency in parliamentary analysis by attempting to apply pertinent precedent to each procedural question. In resolving questions of order … the House adhere[s] to the jurisprudential principle of stare decisis—a commitment to stand by earlier decisions.

This is what makes H.Res. 430 so dramatic—it signals a sharp break from existing precedent and the setting forth of new precedent. The same is true of other recent rule changes, such as changes to allow House committees to conduct staff depositions without a member of Congress present.

And it would not surprise anyone if these new procedures—adopted primarily to conduct oversight of the Trump administration—were additionally used in other probes ongoing right now, including probes into:

Indeed, any attempt to stonewall congressional investigators in any of these probes can now quickly escalate to court enforcement actions.

Therefore, it is more imperative now than ever for industries to remain hyper-attentive to what Congress is probing, because Congress could, at the turn of a dime, scrutinize certain industries whenever there is a reason (political or otherwise) to do so.

The question is: Will you be ready?

This column does not necessarily reflect the opinion of The Bureau of National Affairs, Inc. or its owners. 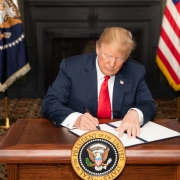 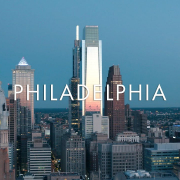 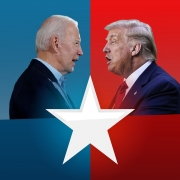 Alleged perjury during ‘in camera’ hearings
Scroll to top