The Standing Committee of the National People’s Congress on Saturday passed an amendment punishing acts of luring, instigating, forcing or offering banned substances to athletes competing in domestic or international events. Amendment XI was added to Article 355 of the Criminal Law of the People’s Republic of China, a provision which originally punished the act of providing addictive narcotics to another person.

The amendment stipulates that, “anyone who lures, instigates, or cheats athletes into using banned substances in either domestic or international competitions [shall face] up to three years’ imprisonment and a fine.” The amendment comes after the recent push towards imposing greater liability on the entourage of athletes, including doctors, physiotherapists, coaches and other officials who are often accomplice to the act of doping, however, operating confidentially.

The amendment is a historic step which strengthens China’s commitment to end doping in line with declarations of the 5th summit of the International Olympic Committee (2016). While commenting on the coverage of the amendment, Chen Zhiyu, executive director of the China Anti-Doping Agency (CHINADA) remarked that, “[t]he law isn’t aimed at athletes, because cheating athletes will be punished by bans and fines in accordance with the [existing] anti-doping rules.” 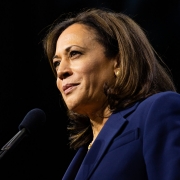