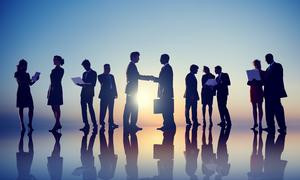 Baker McKenzie has hired a seven-strong team from King & Wood Mallesons (KWM) in London, led by the firm’s head of China group Will Holder and head of employment Carl Richards.

The pair will join with a team of five associates this month.

According to a statement from Baker McKenzie, Holder will work closely with a number of partners including private equity funds head David Allen and TMT M&A head Charles Whitefoord “to drive growth in the transactional space, particularly in complex, cross border, multi-practice deals”.

Holder was previously seconded to KWM’s China office for 10 months. In August he took a lead role advising on the acquisition of English premier league club West Bromwich Albion FC by Yunyi Guokai Sports Development, in a deal estimated to be worth £150m.

Earlier this week, The Lawyer reported that KWM had informed 100 staff and fee-earners in the UK, Europe and Middle East that their pay has been halted.

KWM filed its intention to appoint administrators in late December following a failed recapitalisation of its EUME business and several senior exits. Since then groups of partners have departed for both US and UK firms, including former senior partner Stephen Kon, who is joining Macfarlanes alongside three partners.

KWM China is expected to pick up a handful of partners, fee-earners and staff from the firm’s offices in London, Dubai, Spain, Madrid and Italy when the EUME LLP goes into administration later this month.

Among those in talks to stay with the global firm in KWM’s City office is a 10-lawyer disputes team led by international arbitration partner Andrei Yakovlev and litigation partners Dorothy Murray and Darren Roiser. KWM China is also in talks to buy out part of the London corporate and M&A practices.

The firm has also established a new LLP in the last week named KWM Deutschland. It is understood the entity is a move by KWM China to fulfil its regulatory requirements in Europe.

Not all of the firm’s German partners will stay with KWM however. On Tuesday (3 January) it emerged Allen & Overy had hired Frankfurt corporate partner Michiel Huizinga, with further departures expected.

It is not yet known what will happen to KWM’s offices in Belgium and Luxembourg. KWM’s Paris team, which was largely depleted following amass departure to Goodwin Procter earlier this year, is understood to be in talks with another firm.

In total, more than 40 partners left KWM across the UK, Europe and Middle East in the last two months of 2016 as the LLP’s finances reached crisis point and an administration became inevitable. Around 90 partners left the firm in total over 2016.