K&L Gates has unveiled the two partners who will succeed outgoing global chair and managing partner Peter Kalis, effective from 1 March next year. 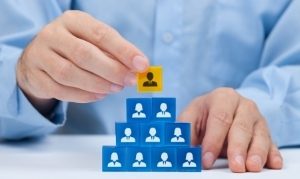 Current vice chair for practice management Michael Caccese will take on the role of chairman of the firm’s management committee while James Segerdahl, currently vice chairman, becomes global managing partner and CEO of the firm.

“They have the firm’s compete confidence,” added Kalis.

Caccese and Segerdahl’s appointment followed a two-month process that began in early July. K&L Gates’ 75-partner global management committee unanimously recommended the duo during the period of partner consultation and then finalised the appointments through a unanimous vote.

Kalis is one of the global legal market’s longest serving managing partners, having served continuously as K&L Gates’ leader since 1997.

He told the firm’s management committee over the summer that he would not stand for a sixth term in 2017.

Kalis has led the firm’s growth from 400 lawyers in six offices in the US to 2,000 lawyers in 46 offices on five continents, with revenues mushrooming from $140m to in excess of $1bn. London is the firm’s biggest non-US base, with 53 partners in the UK.

Segerdahl, a commercial litigator whose client base includes corporate policy holders with insurance coverage disputes, is a K&L Gates lifer. He joined legacy Kirkpatrick & Lockhart in 1987 following his introduction to the firm the previous year as a summer associate.

Caccese joined the firm in 2001 in its Boston office. He had previously had a succession of in-house roles including latterly senior vice president and general counsel to the CFA Institute.