Linklaters has appointed corporate partner Tom Shropshire as head of its global US practice following the retirement of US head Scott Bowie halfway into his four-year mandate. 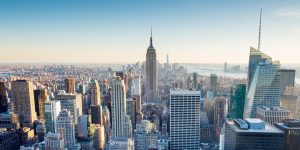 Bowie, who joined the firm from Latham & Watkins in 2005, had headed up the firm’s US operations since 2015 in the newly-created role, which was launched in a bid to take the current shared responsibility for the US practice from its partners.

In his new role, Shropshire will be responsible for further developing the firm’s global US practice and will split his time between New York and London. He will continue to advise clients and retain his current client work, in addition to his leadership role.

Shropshire joined as an associate at Linklaters in 1998 and was made a partner in 2006.

Linklaters managing partner Gideon Moore said: “I would like to thank Scott for the pivotal role he has played in building the leading reputation of not only our global US practice, but also our global IMG Practice.

“I am delighted to have Tom step into this role. He is ideally placed to take our global US practice forward.”

Linklaters has seen several exits in the last few months from its US base, including former US banking head Jeff Norton to Dechert and finance partner Sabrina Silver to White & Case.’