You are here: Home1 / News – Leaders in Law2 / Law Firm3 / KWM China speaks out on Europe demise “there’s nothing we could...

King & Wood Mallesons’ new European partnership – which consists of 32 partners – has been invited to a partner conference in China in February where they will be told about the new strategy for the global firm following the LLP going into administration this week. 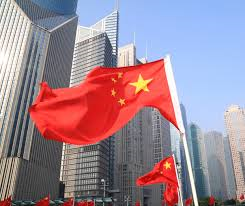 The news comes as KWM Shanghai M&A partner Mark Schaub has become the first Chinese partner to speak out about the European administration.

Speaking to The Lawyer he said: “We’ve reached out to clients whose matters are continued to be worked up on. Some Chinese clients have raised concerns, but we’ve been able to deal with their concerns.”

He added there was a “sense of sadness” in the Shanghai office today about what has happened with the European firm. “People here are thinking about their former colleagues in Europe today,” he said.

“At the heart of it, all of us would have preferred a different outcome, but it was unfortunate that the legacy SJ Berwin partners couldn’t commit to the rescue offer made by the Chinese and Australian firms a few months ago.

“We’re doing our best to minimise the impact on clients and we are more looking forward to see what we need to do to make it work.

“There was a feeling that the failure in Europe has nothing to do with the Chinese firm or Australian firm or the verein. Many people said the legacy SJ Berwin had issues prior to the merger and those issues percolated to the top a few years after.

“We’ve tried to support Europe and refer matters to our European colleagues as well as the rescue offer last year. There is a sense that nothing we could have done differently that could have changed the outcome.”

The lawyers who are remaining with KWM in London following the administration will move to a small serviced office in St. Paul’s in the next few days.

The Lawyer has learned EUME managing partner Tim Bednall, a legacy Mallesons partner, is likely to return to the Australian partnership following the European collapse.

It has not yet emerged who will run the European arm of KWM.

The Chinese-Australian firm will also maintain “core practices” in Frankfurt, Dubai and Riyadh, plus affiliated offices in Madrid, Milan and Brussels. It has closed the office in Luxembourg, while the Paris office has moved en masse to Goodwin Procter and Willkie Farr.

Each office has received financial support from China this week. The Europe offices will operate as single entities and report their financial results individually, in accordance with local regulations.

KWM’s reduced London office will consist of 12 associates and 12 staff, including consultants, plus the seven partners.

Around 30 partners from the EUME operation, which is now in administration, will join KWM China. The Dubai office has been led by SJ Berwin lifer and former litigation head Tim Taylor QC.

KWM global chairman Wang Junfeng said in a statement: “I am proud and excited by the determination of our partners who have worked so hard with us to realise this practice in deeply challenging circumstances. This is a very good outcome for international clients and for the continued development of our firm.”

On Tuesday restructuring specialists Quantuma confirmed it had been appointed administrators to KWM LLP.

All of the firm’s remaining assets and control of the business will now transfer to Quantuma administrator Andrew Hosking.

Hosking has appointed a number of advisers to the administration process which have been approved by KWM lender Barclays. The advisers are CMS Cameron McKenna partner Rita Lowe, who famously advised on the Dewey & LaBoeuf administration, Pinsent Masons partner Steve Cottee, and Ashfords, which is providing regulatory advice. Ashfords head of financial risk Sam Palmer has been appointed solicitor manager to the administration.

Hosking will attempt to repay some of KWM’s substantial debts in the UK and Europe, including its £35m loan from Barclays.

KWM first filed its notice of intention to appoint administrators on 22 December, and renewed it last week to buy itself more time to sell off parts of the business.

A number of teams, including trainees, associates and support staff, have been sold off by KWM managing partner Tim Bednall to other firms in recent weeks.

Goodwin Procter took a 26-strong team last week. Other groups have moved to DLA Piper and Reed Smith, with more set to move to Macfarlanes, Covington & Burling and Keystone Law.

Last week Bednall broke the news to all remaining employees that it would not be able to pay salaries owed for January after Barclays rejected a call for extra funds from the firm.

On the same day KWM’s former administrators AlixPartners pulled out of the administration, with the firm instead turning to Hosking.

In total, more than 40 partners left KWM across the UK, Europe and Middle East in the last two months of 2016 as the LLP’s finances reached crisis point and an administration became inevitable. Around 90 partners left the firm in total over 2016.