K&L Gates boss Kalis to step down after 20 years

K&L Gates chairman and managing partner Peter Kalis will step down after two decades at the firm when his term concludes next February.

Kalis, who has served continuously as the firm’s leader since 1997, told the firm’s management committee in the summer that he would not stand for a sixth term in 2017. 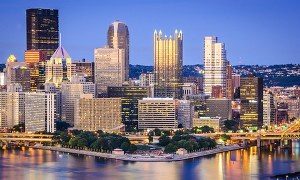 K&L Gates has grown from 400 lawyers in six offices in the US to 2,000 lawyers in 46 offices on five continents. It has also transformed from a $140m revenue firm to posting six consecutive years of revenue exceeding $1bn.

The firm announced that it has kickstarted the process to replace Kalis as chair.

Kalis said in a statement: “The firm is well-positioned for a smooth transition and to build on these values and on its current foundation, and to continue to serve clients seamlessly and efficiently into the future.”.

A steady stream of mergers over the past decade has resulted in the firm operating from 45 offices around the world, just over half of which are spread across the US. Pittsburgh remains K&L Gates’ largest office, with more than a third of its 93 partners in the litigation practice. Seattle has 80 partners and Washington DC has 79. Earlier this year, the firm launched in Munich with a team from King & Wood Mallesons.

London is the firm’s biggest non-US base, with 53 partners in the UK.

A 2013 merger with Australian firm Middletons gifted K&L Gates a solid book of Asia-Pacific business for the first time. It now has 75 partners across its four Australian offices.