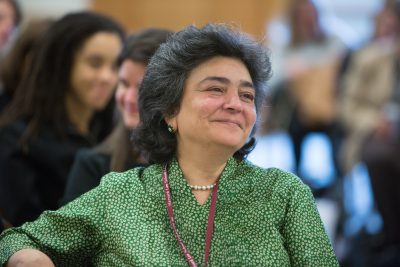 Wadia had joined AZB around a year ago as a counsel from Kochhar & Co in Chennai.

The 2002 KC Law College graduate had worked in Dubai as a banking lawyer at law firm Al Tamimi & Co for five years, before returning to India, joining Juris Corp in Chennai. In January 2014, she had joined Kochhar in Chennai.

Sinha has been with AZB as a consultant since September 2016, having joined from the Reserve Bank of India and the Bankruptcy Law Reform Committee (BLRC), for both of which he’d been working as a consultant for a year.

The NLSIU Bangalore graduate, who also holds a masters in in law and finance from Oxford University (2014-15), an Wharton Business and Law LLM from the University of Pennsylvania (2011-12), and has completed an Indian School of bridge programme in business (2008).

Between 2008 and 2009, he had worked at McKinsey & Co as a business analyst, followed by more than five years at Linklaters in London until 2014.

Their promotions took effect on 1 October 2018.

In April, AZB’s Delhi partnership promoted five to partner, while in March 2018, AZB Mumbai promoted a total of four.