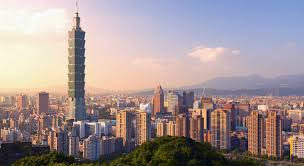 Duane Morris has opened its first office in Taiwan through its joint venture with Singapore-headquartered Selvam.

The US firm announced its joint venture with Selvam & Partners in 2011 and has used it as a springboard to grow in Asia.

As well as giving Duane Morris a base in Singapore, the alliance enabled the firm to open an office in Myanmar at the end of 2013.

The latest Taiwan opening has been spearheaded by New York of counsel Richard Thurston, who was general counsel of Taiwan Semiconductor Manufacturing Company before joining Duane Morris.

The opening in the Taiwanese capital of Taipei was secured following approval from the Ministry of Justice.

Other US firms already in Taiwan include Winston & Strawn and Jones Day.

US, UK and Dutch heavyweights lead on Qualcomm’s $47bn acquisition
Scroll to top