DLA Piper Brazil affiliate Campos Mello Advogados has added 11 new lawyers, including four new partners, most of whom come from an arm of Mayer Brown. 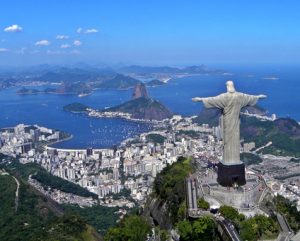 Ten of the 11 attorneys are coming over from Tauil & Chequer Advogados, an affiliate of Mayer Brown in Brazil. The 11th new hire, partner Leandro Rinaldi, has had a solo practice.

The three new partners from Tauil & Chequer are Leonardo Costa, Maurício Tanabe and Sandoval Amui. Costa and Amui, along with associates Fernando Xavier, André Lemos and Anna Carolina Joppert will work in the firm’s energy, oil and gas section. Flavio Luduvice, Daniel Estrela, Loan Reis and Caio Gomes,will work in employment and benefits, along with Tanabe.

“While Tauil & Chequer is a great firm, we were very enthusiastic about the opportunity and challenge to expand CMA’s energy, oil & gas, and employment & benefits offering, with all the support of the great platform of DLA Piper,” the attorneys leaving Tauil & Chequer said in a joint statement.

Mayer Brown said it appreciates the contributions of the departing group and wishes them well in their new endeavors.

“With strong capabilities in the oil and gas sectors, as well as in employment and benefits, our service to Brazilian clients in those areas is unchanged,” said John D. Tuerck, a spokesman for Mayer Brown.

Tauil & Chequer and Mayer Brown announced their affiliation in 2009, noting that the relationship would allow Mayer Brown to offer global clients legal counsel on Brazilian domestic matters governed by Brazilian law, while increasing Tauil & Chequer’s resources for advising clients with respect to investments in Africa, notably Angola, where many of the Brazilian firm’s clients had been active.

DLA Piper and Campos Mello announced their affiliation in 2010, with the firms remaining independent. The firm recently moved from downtown Rio to new office space in southern Rio de Janeiro.

Campos Mello said in a statement that its four new partners bring the firm extensive experience: Amui, who worked for 30 years for Petrobras, focuses his practice on the technical, economic, strategic and legal aspects of the energy business. Costa advises and represents clients in energy, oil and gas projects, mergers and acquisitions and transactions, as well as in international arbitration. Rinaldi, a former professor of bankruptcy law, is a partner in the firm’s insolvency and restructuring practice. Tanabe, a partner in the employment and benefits practice, focuses on labor consultancy and union negotiations.

Campos Mello lost several partners in 2015, including Guido Vinci and Ana Luiza Martins, who departed for Tauil & Chequer and its affiliate Mayer Brown. Vinci and Martins took the bulk of the tax team with them, including four associates, and their departure was accompanied by that of corporate partner Daniella Raigorodsky.

Campos Mello is strengthening nontransactional practice areas, as economic and political turmoil has created a sharp decline in transactional work. It’s a tactic many firms have taken, with several having chosen to prioritize their tax practices.

Brexit means Brexit … but when?
Scroll to top