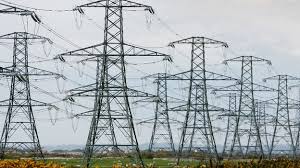 Clifford Chance, CMS Cameron McKenna and Linklaters have won key roles on the £13.8bn acquisition of a major stake in National Grid’s gas business by a consortium led by CIC Capital and Macquarie.

National Grid instructed long-standing advisor Linklaters on the multibillion-pound transaction. The firm’s team was led by London corporate partners Roger Barron and Jessamy Gallagher. Barron has been the relationship partner for National Grid since the early 2000s.

“This is a significant deal for the market and a good outcome for National Grid and its stakeholders,” said Barron.”The deal also shows the confidence that investors, from around the world, have in UK infrastructure.  Despite increased political risk, institutional international investors still view UK assets as attractive and this is likely to continue.”

The consortium, which will acquire a 61 per cent state in NG Gas Distribution, is called Quad Gas Group. The group is made up of CIC Capital, a subsidiary of China’s sovereign wealth fund, the Qatar Investment Authority, Australian investment bank Macquarie, Allianz Capital Partners, Hermes Investment Management, Amber Infrastructure and Dalmore Capital.

National Grid started a formal auction for the sale in June 2016. Li Kai-shing’s CKI and Chinese conglomerate Fosun Group were reportedly among several other bidders for the gas distribution business. It is understood that Freshfields Bruckhaus Deringer and Herbert Smith Freehills represented two separate unsuccessful bidders.

The transition is expected to close in March 2017 subject to clearance from the European Commission. It will then lead to the return of £4bn to shareholders through the combination of a special dividend and share buybacks.

Addleshaw Goddards, DLA Piper and Irwin Mitchell also played support role to National Grid, working on the property separation aspects of the transaction that involved the transfer of over 15,000 properties. Addleshaw Goddards was led by real estate partners Ian Smith and Cathy Fearnhead, while DLA Piper’s team was headed by