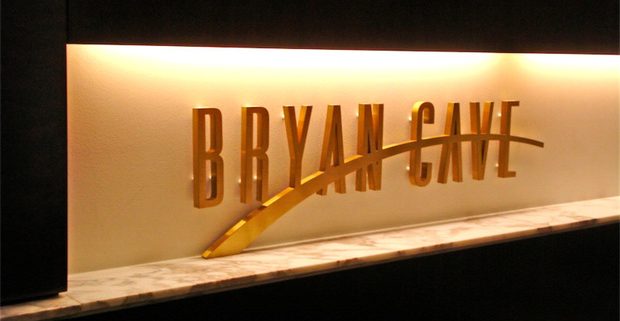 Bryan Cave saw both revenue and profit per equity partner (PEP) dip in its last full financial year before its merger with Berwin Leighton Paisner (BLP), a deal the US firm is expecting to turn its financial performance around. 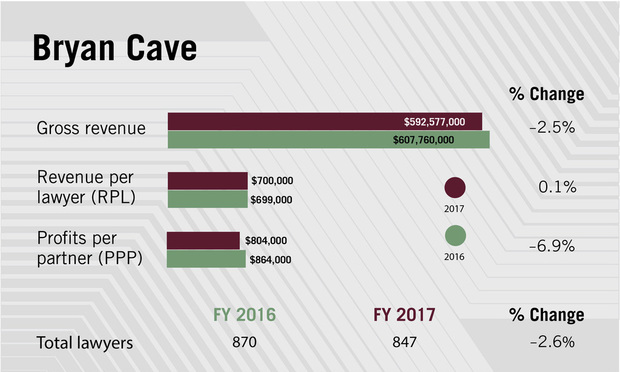 A firm spokeswoman issued a brief statement noting that Bryan Cave is “very pleased” with the “extremely strong” financials.

A decrease in mortgage litigation work and slightly shrinking headcount (down 2.6% to 847 lawyers) partly accounted for the gross revenue dip, the statement said.

“We expect the pending combination with BLP to grow revenues and boost profitability as a direct result of our improved ability to provide our clients with broader and deeper legal services,” said Bryan Cave in its statement.

This year will be the last set of financial figures reported by Bryan Cave before it becomes Bryan Cave Leighton Paisner (BCLP). That merger is expected to create a combined firm of some 1,600 lawyers with more than $900m in gross revenue.

A firm with $900m in gross revenue last year would have ranked 37th in the most recent Am Law 100 list and 44th in the Global 100 rankings, directly between McDermott Will & Emery and Milbank Tweed Hadley & McCloy in both tables.

BLP’s partners will be interested in that figure, as the combination they are entering into is one of the few fully financially integrated transatlantic law firm mergers. In an earlier interview, Bryan Cave chair Therese Pritchard said the single-profit pool structure made it easier to reward partners for working together across geographies than a Swiss verein construction.

“In our mind it provides the incentives to find the best people in the firm to service the clients’ needs,” Pritchard said. “And we think at the end of the day that is a better way to operate. We are all in it together.”

on LinkedIn
Allen & Overy litigation chief stands down after 10 years