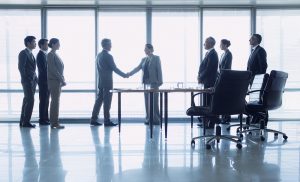 International arbitration partner David Robertson has joined the firm from BCLP, while commercial litigation partner Steven Baker will also boost the practice after his arrival from Cadwalader.

Baker – whose practice focuses largely on technology, communications, banking, financial services and commodities – leaves Cadwalader after less than two years at the firm. He joined Cadwalader from Bird & Bird in October 2016.

White & Case partner and global executive committee member Oliver Brettle said: “Our 2020 strategy includes a focus on profitable growth in London, in our disputes practice and in the global oil & gas, technology and financial institutions industries. As we continue to take the fight to the magic circle, the arrival of leading partners such as Steven and David propels us forward in all these areas.

“They are the eighth and ninth partners we have announced joining us laterally in London during 2018 to date, adding to the seven internal partner promotions that were effective on 1 January 2018.”

The pair will join a practice which just two months ago was further bolstered by the addition of Addleshaw Goddard litigation partner Chris Brennan.

In January, it was also announced that Weil Gotshal & Manges former co-head of dispute resolution Hannah Field-Lowes would be joining the firm, underlining its intentions towards the UK litigation market.

Data gathered for The Lawyer Global Litigation Top 50 2018 report showed White & Case had the 11th-largest litigation practice in the City. The firm boasted 114 lawyers last calendar year, posting a 6.5 per cent increase on 2016’s total of 107. Of that number 23 were partners, generating $89.1m (£68.9m) between them.