The US firm has made its first foray into Singapore via an alliance with local boutique firm Angeline Suparto Law Corp. 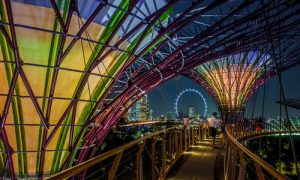 With a focus on expanding its presence in Asia, Nixon Peabody LLP has opened a representative office in Singapore. This is the firm’s third office in Asia. Nixon Peabody has offices in both Hong Kong and Shanghai, China.

“Singapore is a vibrant market and a business capital for Southeast Asia,” said Andrew I. Glincher, CEO and managing partner of Nixon Peabody LLP. “It’s an important gateway for our Asian clients who are investing and doing business in the U.S.”

“We are seeing an increase of activity from clients based in Singapore and surrounding countries looking to expand internationally,” added David Cheng, chair and managing partner of Nixon Peabody’s China & Asia-Pacific practice. “This addition aligns nicely with our current practices in Hong Kong and mainland China.”

Nixon Peabody is leasing space and associating with local Singaporean firm Angeline Suparto Law Corporation (ASLC), which provides a comprehensive range of legal services in Singapore. The firm, which has eight lawyers and legal professionals in the office, was founded in 2001 by Angeline Suparto, who previously worked for international firms in both Hong Kong and Singapore.

Since launching in Shanghai in 2008, Nixon Peabody has seen a steady expansion of its Asia Pacific practice. In 2015, after being formally associated with a local Hong Kong firm for several years, the two firms combined in Hong Kong to create Nixon Peabody CWL. This association dramatically expanded Nixon Peabody’s presence in Asia.

Nixon Peabody’s Asia-Pacific practice works with U.S. clients expanding into the region and also collaborates with lawyers in the U.S. representing the increasing number of investors and businesses from Asia doing business in the U.S.

on LinkedIn
Pakistan lawyers strike in protest after Quetta attack

Kennedys and Waltons & Morse merge in London
Scroll to top