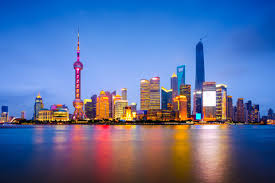 Hogan Lovells, formed via a merger six years ago, is looking at forming an association with a Chinese firm in Shanghai’s free-trade zone (FTZ).

“China is a key market for us,” said Patrick Sherrington, regional managing partner for the Asia Pacific and Middle East regions at the firm. “We have certainly been considering the possibility of a permitted association in the Shanghai FTZ. That is something under active consideration at the moment.”

The Shanghai FTZ, the first Hong Kong-like trade area in mainland China, was launched in 2013 with the aim of testing liberalization of the Chinese market in key areas such as financial, legal and telecommunications. If Hogan Lovells in successful, it would be the second firm to obtain a license from Chinese regulators to establish a joint operation to practice local law in the area.

Baker & McKenzie was the firm global firm to strike such a deal, entering into an association with FenXun Partners in April 2015. The agreement is not exclusive and the two firms remain structurally separate. International firms have long faced restrictions in China. Foreign lawyers are prohibited from practice Chinese law and appearing in the country’s local courts, and the same applies to any Chinese lawyer hires at international firms.

Hogan Lovells first entered China more than 20 years ago, launching an office first in Beijing in the early 1990s and nearly a decade later opening in Shanghai. Overall, the firm has 55 partners in Asia and 61 in the Asia Pacific region. (Other global firms that have expressed an interest in working with a Chinese firm in the Shanghai FTZ include Dechert, Herbert Smith Freehills, Linklaters and Simmons & Simmons.)