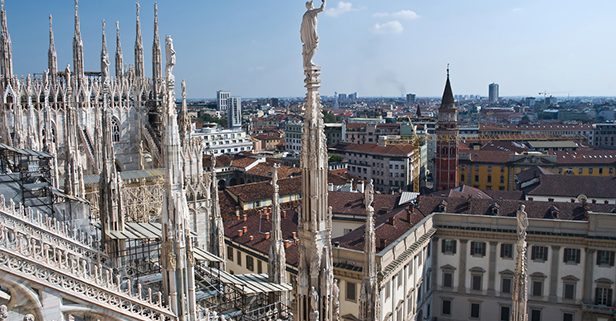 Linklaters has made a senior addition to its Milan office, with the hire of corporate veteran Roberto Casati from Cleary Gottlieb Steen & Hamilton

Casati will join the magic circle firm as a partner next week, in a move that will bolster its office in the northern Italian business and financial hub.

Prior to joining Cleary in 2004, Casati was Italian senior partner at Allen & Overy (A&O) and one of three co-heads of the magic circle firm’s global corporate management committee.

That move made waves in the Italian legal market at the time, as he joined Cleary as its first partner based full-time in the city, with the deal putting him at the top of the US firm’s lockstep.

Casati advised on a raft of major deals while at Cleary. Months after joining from A&O he secured a headline mandate for the firm, advising Italian industrial group Finmeccanica on its £1bn purchase of GKN’s stake in AgustaWestland.

During the global financial crash in 2008, he co-led the firm’s team advising Italian bank UniCredit on its deal to secure up to €6.6bn of funding, while in 2013 he advised top Italian football club Inter Milan on its takeover by a consortium of Indonesian investors.

Casati told Legal Week: “Linklaters is a perfect platform and I think their Italian practice is excellent. I hope I can bring a good level of seniority to the offering.”

Last year, Linklaters deepened its Italian offering when it opened a lower cost legal centre in the southern Italian city of Lecce. Alongside Milan, the magic circle firm also has a base in Rome.

Other international firms to make inroads in the country last year include DWF, which opened a Milan office with the hire of a 16-strong team from local independent Pavia & Ansaldo. Herbert Smith Freehills is also set to open an office in Milan this year, on the back of the hire of Simmons & Simmons Italy dispute resolution and intellectual property head Laura Orlando.

However, a number of law firms have downsized their presence in Italy in recent years, with firms including Ashurst, Simmons & Simmons and McDermott Will & Emery all closing bases in Rome during the past three years.

Cleary Gottlieb Rome partner Giuseppe Scassellati-Sforzolini said: “We thank Roberto for his significant contributions to the development of our Italian corporate practice during the past 14 years, and wish him the best with his future endeavors.”