The world is poised precariously in an unprecedented position. Businesses are failing, industries are crashing, and borders are being closed one by one. This is an undoubtedly worrying time for Britons across the board, who are unanimously gripped by uncertainty and disbelief. While this pandemic has caused a variety of difficulties for citizens of the UK however, it is important to note that migrant residents have several extra hurdles to navigate.

When COVID-19 made its first appearance in the news in December 2019, it seemed like a far-flung concern, that was concerning but which ultimately did not affect the UK at all, overshadowed as it was with the struggle of the day: Brexit. Now, less than three months later, the virus is sitting right at our door and the country is struggling against the weight of a global pandemic that has pushed countries to shut down everything, including their borders, as each has turned inwards to protect their people.

Despite the UK’s social distancing and self-isolation preventative measures, there is a growing concern that the Home Office and UKVI’s response to some of the effects of the national lockdown it has imposed is still sadly lacking.

Yesterday, the UKVI announced that it would be providing anyone whose leave to remain expired after 24 January with a way to extend their visas until 31 May. This, they said, was to take into the fact that all non-essential travel has been banned in many parts of the world, including the UK, with ports – both air and sea – being closed or restricted indefinitely.

In addition to this update, the rules for switching between certain categories while in the country have been relaxed and migrants who are normally required to be present at work or university for a set number of days were given assurance that working from home would not negatively impact their status.

While these are certainly welcome and go a long way towards assuaging migrants’ fear of being unable to comply with immigration laws, they fail to take into account the many complications that are arising from this strange and uncertain time we now live in, many of which result in a Catch-22 situation for visa-holding migrants in the UK.

For example, while the UKVI has suggested it will not penalise those who are able to work from home, there are currently no provisions for Tier 2 workers who have lost their jobs entirely due to the national lockdown. Tier 2 Visas are tied to a specific job with a particular employer, who acts as a visa sponsor. Will the rules be relaxed to allow these individuals to apply for a new job with a different employer without having to go through the usual complicated hurdles? Or do they need to get a new visa and undergo a fresh sponsorship process before they can apply for a new job? And what steps can they take while services and operations across the country are closed down?

Job loss, a tragic consequence of the national lockdown, is also a major cause of worry for migrants who hold Spouse Visas. To remain eligible for this visa category, the applicant and their partner must earn a combined annual income of £18,600. What will happen to those who have lost income (or whose British partners have lost income) because of the lockdown? How will they extend their visa, or continue to meet the requirements of the current visa they hold, if they do not meet the financial requirement? Also, what about those who must self-isolate and now cannot meet the strict cohabitation requirements which require both partners to live together?

Finally, what about those temporary visa holders who are on pathways to full settlement but who were travelling when countries started closing their borders and are now unable to come back? Most UK visa holders cannot be outside of the UK for more than 180 days in the 12-month period that precedes their settlement application. If they are stuck in another country due to travel restrictions, will they still be eligible to apply for ILR once the travel ban is lifted and they are back in the UK? Or will the time spent in the UK count towards their ‘time spent outside of the UK’ when coming to make an application?

For people caught in these situations, there are many questions – with few solid answers. Many migrants are caught in a legal limbo. On the one hand, they must comply with official health advice and must self-isolate or, at the very least, adhere to social distancing guidance, as do the rest of us. On the other, they risk placing themselves in danger of breaching UK immigration laws unless they take action.

It is a dire consequence. If found to be in breach of these laws, a temporary visa holder risks becoming an illegal migrant which, in turn, could cost them their legal right to remain in the UK, leading to possible detainment or deportation, and jeopardising future applications for permanent settled status, including British citizenship. In the case of the latter, the existing ‘good character requirement’ stipulates that a migrant with any previous breaches may not be eligible to become a British citizen, on the basis that it shows a disregard for UK law.

In this time of great upheaval, it is not enough to offer a blanket visa extension or to simply offer assurance that migrant workers and students can work from home without having to worry that they would be reported by their sponsors. Instead, it is imperative that UKVI issue updated guidance that covers all possible scenarios arising from the COVID-19 and our response to it.

Jade MacRury is a political commentator for the Immigration Advice Service, an organisation of immigration lawyers based in the UK and Ireland. 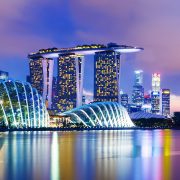 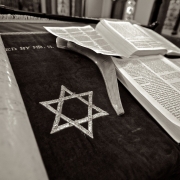 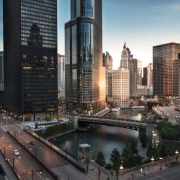 on LinkedIn
Serbia: Economic measures in the private sector