DLA Piper has boosted its presence in Canada with the takeover of Toronto intellectual property (IP) firm Dimock Stratton. 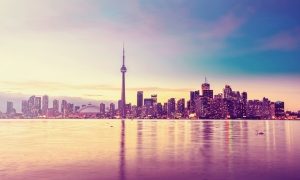 The deal, which takes effect as of 1 November, combines one of Canada’s top IP firms into the 3,756-lawyer Swiss verein that is DLA Piper.

Dimock, which was founded in 1994, has 16 lawyers. The firm has been involved in one out of every five patent trials in Canada and its co-founder, Ronald Dimock, has handled more patent trials than any other lawyer in the country, arguing before the Supreme Court of Canada in several of the nation’s most important cases in IP law.

Despite Canada’s struggling economy, global firms remain keen on increasing their local presence, drawn by its petroleum and other natural resources, as well as its connections to the Asian market.

DLA entered the Canadian market 18 months ago by combining with 260-lawyer Davis. The Dimock takeover boosts lawyer headcount in Toronto to about 73 lawyers, according to its website, and to just shy of 300 nationally, said the firm’s Canada managing partner Robert Seidel.

Dimock has an enviable client list, including the likes of BMW, Cisco Systems and Procter & Gamble.

“[Dimock was] looking for opportunities to go beyond what a boutique platform could provide,” Seidel said. “DLA Piper was a very attractive offer for them.”