You are here: Home / News / Takeover 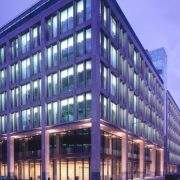 Slaughter and May and Linklaters are advising as Japan’s Takeda ups its bid for Irish drug company Shire, with an offer valuing the company at around £43bn.

Takeda presented Shire with a new offer worth about £47 per share, after its third attempt – worth £46.50 per share – was rejected on 19 April, when Shire said the bid undervalued its growth prospects.

Linklaters is advising Takeda on its attempt to takeover the company, with a team led by global corporate chair Matthew Middleditch in London, alongside corporate partners James Inglis, Aisling Zarraga and Sarah Flaherty. Global head of US, Tom Shropshire, and Japan corporate partner Hiroya Yamazaki are also advising.

Slaughters is acting for regular client Shire, with City corporate partners Martin Hattrell and Christian Boney at the helm.

The firm previously took the lead for Shire alongside Ropes & Gray when it made an unsolicited $30bn (£19.2bn) approach for rival drug company Baxalta in 2015. The companies went on to complete a $32bn merger the following year. Hattrell also advised on that deal, working alongside fellow corporate partner Adam Eastell, who joined tech company Eigen as GC last year.

Hattrell previously represented Shire in its 2015 acquisition of US company NPS Pharmaceuticals for $5.2bn (£3.34bn) and in 2014, when it was the subject of an attempted takeover by US drugmaker AbbVie in June 2014.