Gowling WLG has regained confidence after the surprise EU referendum result and decided to lift its freeze on salaries. 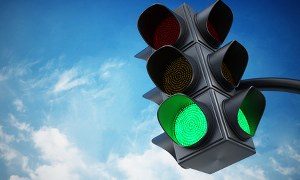 The salary review, which was backdated to July 2016 was applicable to all staff excluding fixed share and equity partners. However bonus payments, for 2015/16 for those eligible were paid as usual in the July payroll and summer promotions had gone ahead as planned.

In August, Fennel said: ‘Like a lot of firms our annual pay review is effective the 1 of July, and it still will be. But given the significance of Brexit and the uncertainty and pandemonium in stock markets and the fall of the value of the pound immediately after that result it was prudent to pause and take stock and see how the markets and the economy reacted to Brexit. So that’s what we’ve done.’

The news came amidst a subdued year for the recently-merged Gowling WLG, which posted essentially flat revenue and profits for its UK arm for financial year 2015/16.

Revenue was up 2% from £180.4m to £184.7m, while profits per equity partner (PEP) remained static at £383,000. Although the Canadian arm of the firm does not report financials, according to Gowling WLG, the total revenue for both LLPs was £410m.

Construction and engineering which recorded a 23% increase, and IP which posted a 17% increase, were the highest preforming practice areas for the firm, alongside pensions, corporate and real estate.

According to Gowling WLG, the overseas offices also performed well, with the Munich office increasing by 38% while Guangzhou in China delivered a 16% increase. Paris, the firm’s largest overseas office, saw an increase of 3%.

Last month it was reported that Addleshaw Goddard had also frozen its August salary review as a result of Brexit.

The move followed Berwin Leighton Paisner’s decision to freeze pay and bonuses until November. In June managing partner Lisa Mayhew told staff in an email the reason was ‘political and financial uncertainty in the UK following the recent vote to leave the EU.’