You are here: Home1 / News – Leaders in Law2 / Brexit3 / UK trying to convince EU Irish backstop is illegal under its own treat... 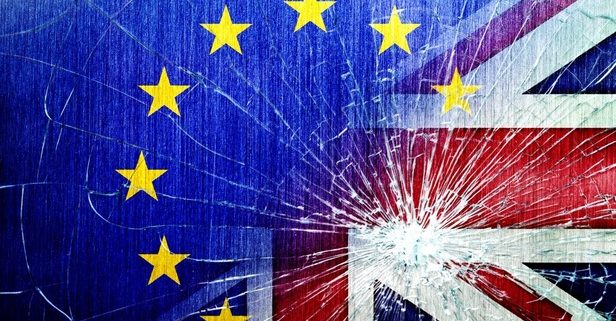 British Brexit negotiators are trying to convince the EU that the controversial Irish “backstop” the two sides agreed to, is actually unlawful under the bloc’s own treaties.

Speaking after a tour of EU chiefs in Brussels and Strasbourg on Tuesday, Brexit secretary Stephen Barclay said he believed the indefinite backstop was in fact not legal because “Article 50 under the European treaty says that it must be temporary”.

He said this argument was “very much the message that we’ve taken to European leaders” – the latest glimpse inside the UK’s frantic efforts to try and extract a change in policy.

“The key issue is that we need to deliver an outcome that is legally binding on the backstop,” Mr Barclay told reporters after his meetings.

“That’s the key issue because Article 50 under the European treaty says that it must be temporary and yet the advice from the UK attorney general sets out a concern that it could be indefinite.

“So this link between what is legally temporary under the Article 50 but what the UK attorney general has said could be indefinite is the key issue and that’s very much the message that we’ve taken to European leaders.”

The EU has previously expressed legal doubts about whether the withdrawal agreement can be used to set the future relationship with the UK – thought here is no section of Article 50 that expressly says any of its provisions must be temporary.

Mr Barclay is among ministers and officials to have gone back to the continent to try and extract changes to the withdrawal agreement – after Brexiteer MPs instructed the government to ditch the backstop.

The EU says it will not reopen the withdrawal agreement, and that the UK should shift its red lines if it wants a more ambitious future relationship. Both sides say they are preparing for no deal.

The Brexit secretary would not answer whether he thought the changes he sought could be made without reopening the withdrawal agreement, saying only that “we’ve started a process”.

Asked whether he thought a deal could be sorted out before the March summit of the European Council he was also unclear, stating that “we’ve been very clear that time is of the essence”.

Speaking after his meeting with Mr Barclay, Guy Verhofstadt, the European parliament’s Brexit chief cast doubt on the value of talks.