Brexit means Brexit … but when?

Leaving the EU may not happen soon given the UK government does not know what it wants and is not yet equipped to ask for it. 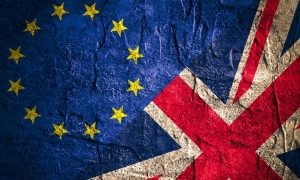 Two months ago on Tuesday, Britain voted to leave the European Union. The shock was immense; the fallout dramatic. But then summer came. The early turbulence subsided and normality (more or less) returned.

Brexit, though, has not yet begun to happen.

The government does not know what it wants and is not yet equipped to ask for it. Britain and the EU, it is increasingly clear, are far more intimately enmeshed than the leave camp had claimed. For all the leavers’ assurances, extricating the UK from the bloc, negotiating new relationships with Europe and the rest of the world – and ensuring that Britain’s laws and practices adapt – is a gargantuan undertaking.

The referendum result, however, is a political reality. The 52% of leave voters – and the politicians who represented them – expect it to be acted upon. So two months on, where does Brexit stand?

The most immediate obstacle to Brexit is judicial. There is a substantial school of thought which says the government is not constitutionally entitled to pull the trigger on article 50 without the specific approval of parliament.

At least seven private actions have been grouped together and will be heard by the high court starting in October in what judges have said is a “matter of great constitutional importance”, with a decision possible by the end of the year.

Separately, cases have been launched in Northern Ireland arguing that Brexit would breach the Good Friday agreement by reinstating a physical border with the Republic of Ireland and undermining the legal basis for the 1998 peace deal.

So, while we may be two months in, you might want to get used to the waiting. Brexit may not happen quite yet.