A historic legal challenge over whether UK Prime Minister Theresa May has the power to start the country’s withdrawal from the European Union (EU) appears to have succeeded, with a government lawyer saying that it is now “very likely” that the procedure will be subject to a parliamentary vote. 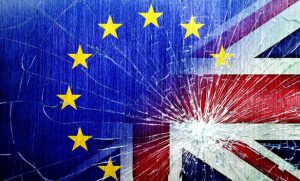 Speaking in London’s High Court yesterday, James Eadie QC, one of the government’s lead advocates in civil litigation, suggested that politicians would now be able to vote on the Brexit process. “The view within government is that it is very likely that this treaty will be subject to ratification process in the usual way,” he said.

A group of claimants led by investment manager Gina Miller and hairdresser Deir Dos Santos initiated the legal proceedings to demand that all elected politicians – and not just the Prime Minister – decide on the triggering of Article 50, which starts a two-year deadline for an EU member to complete its exit from the political bloc.

The three judges presiding over the four-day judicial review, which finished yesterday, have not yet made a formal ruling. The judges reserved their decision in order to “consider the matter” more fully, but said they would deliver their judgment “as quickly as possible”. A decision is expected by the end of the month and would be open to appeal.

David Greene, senior partner and head of group action litigation at London law firm Edwin Coe, which is representing Dos Santos, dismissed Eadie’s comments as a “sop to the judges”, however. Greene told Law.com that giving parliament a say on the final Brexit deal does not go far enough. “It is correct that the government may not have [changed its stance] had we not pursued the case, so it is a form of victory,” he said. “The proposal from Eadie means however that parliament will be faced with a fait accompli. Even if they get a vote at the end [of Brexit negotiations], if they do not approve the deal, exit will happen in any event at the end of the two-year period [as set out by Article 50].”

It still represents a significant concession by the government, however, with Prime Minister May previously announcing that she would trigger Article 50 by March 2017. Miller’s skeleton argument [PDF] said that triggering Article 50 without an act of parliament would “substantially undermine” constitutional rights, and added that May’s statement put her on a “collision course” with the courts by effectively “pre-empting the outcome of the case”.

May had softened her approach recently by agreeing to demands from rival parties for parliament to hold a “full and transparent debate” of the government’s Brexit plans before the formal exit process begins, but stopped short of pledging a parliamentary vote on EU negotiations or the triggering of Article 50.

Parliament now appears set for what will be a challenging decision, with large numbers of politicians likely to be conflicted between voting based on their own personal beliefs and upholding the result of a democratic referendum, as the majority of UK politicians wanted the country to remain within the EU.

Miller was represented in the case by London-based Mishcon de Reya. The firm instructed a group of heavy-hitting barristers – specialist UK advocates who represent clients in court, typically operating independently from standalone “chambers” instead of law firms – including David Pannick QC of Blackstone Chambers, widely regarded as one of the country’s leading experts on constitutional law. Mishcon’s London headquarters have been targeted by protesters opposed to the legal action.

Miller and Dos Santos were joined in the action by a number of interested parties and interveners, including The People’s Challenge, which has used crowdfunding to finance the case, raising almost £160,000 ($195,000) from around 4,500 supporters.

The People’s Challenge was represented by John Halford, co-head of public law at London law firm Bindmans, which is known for its work on civil liberties and human rights, and Helen Mountfield QC of Matrix Chambers. The crowdfunding was organised by Grahame Pigney, a British expat living in France who is part of the pro-EU campaign group, Say Yes 2 Europe. “The enforced removal of citizenship rights from 65 million people is completely unprecedented in a modern democracy,” Pigney states on the fundraising page.

A separate crowdfunding by Jolyon Maugham QC raised more than £10,000 ($12,000) to pay for legal advice from public law experts.

The claimants secured an early win a fortnight ago, with a High Court judge ruling that the government release its private legal arguments for not consulting parliament on the triggering of Article 50. The documents revealed that government lawyers will argue it is “constitutionally impermissible” for parliament to be given a vote on the Brexit process. “It is a polycentric decision based upon a multitude of domestic and foreign policy and political concerns, for which the expertise of ministers and their officials are particularly well-suited and the courts ill-suited,” the documents state.

The requirement for the UK’s withdrawal from the EU to be subject to an act of parliament has widespread support within the legal industry. More than 1,000 UK attorneys previously wrote to then Prime Minister David Cameron to demand that MPs vote on the triggering of Article 50.

The news that parliament is now likely to vote on the process has led to a rally in the value of UK currency, which rose 1% to $1.23 – its biggest gain in two months. The British pound hit $1.50 immediately before the EU referendum but its value has plummeted since the Brexit vote. It suffered another steep fall earlier this month, when May indicated that the country would withdraw from the European single market as part of a so-called “hard Brexit”.

There are fears that a loss of single market access could result in banks and other companies – including global law firms – shifting business away from London to other European cities. Last week, Russia’s VTB Bank became the first major financial institution to announce that it will relocate its European headquarters from London due to the UK’s decision to leave the EU.

But it emerged on Monday that the government is now considering plans to continue paying billions of pounds into the European Union budget even after the country leaves the political bloc in order to maintain access to the single market for key industries.